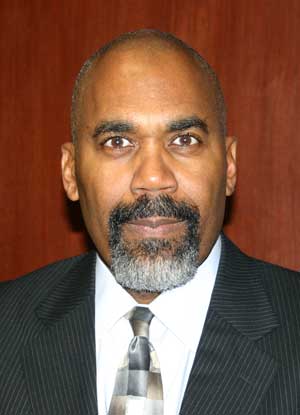 Mr. Watson received his Master’s degree in Food Service Administration from New York University and his Bachelor’s degree in Dietetics and Institutional Management from Virginia State University. He is a graduate of the Advanced Minority Business Executive Program and the Minority Business Executive Program from the Amos Tuck School at Dartmouth College. He has served as an Adjunct Professor at Long Island University, C.W. Post Campus, where he taught Food Service Management II to Dietetic students.

“Mr. Watson is an outstanding individual,” said Scott Batulis, Garnet Health President and Chief Executive Officer. “He is going to make an important and positive impact on our health system.”

Providing healthcare to approximately 450,000 residents in Orange, Sullivan and Ulster Counties, Garnet Health was designed to improve the quality, stability and efficiency of healthcare services in the mid-Hudson and Catskill region. Garnet Health provides services by more than 4,000 employed professionals and over 850 medical staff members and is recognized by Ethisphere as one of the 2019 World’s Most Ethical Companies. An academic affiliate of the Touro College of Osteopathic Medicine, Garnet Health retains compassionate professionals who continually strive toward the hospital’s mission to improve the health of our community by providing exceptional health care. To learn more about Garnet Health, visit garnethealth.org.