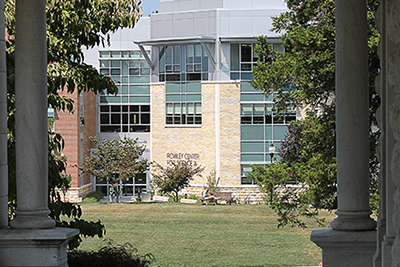 The program will be held virtually from June 18-July 23 and will include current SUNY Orange students Enrique Contreras-Nava, Jessica DiGiso and Brythanie Despagne. Students in the program take two courses co-taught by Vassar and community college faculty, and receive the equivalent of at least six credits at Vassar. Additionally, those accepted will receive a $500 stipend and the use of a tablet/portable WIFI-device.

Preferred criteria for selection include: first-generation college student, a cumulative grade point average of at least 3.0 (but lower GPA's were considered); completion of Freshman English I, and at least 24 non-developmental college credits.

Contreras-Nava, of Central Valley, is pursuing a liberal arts degree with a focus in biology. He intends to transfer to City College of New York following his time at SUNY Orange, with a long-range goal of attending medical school to become an osteopathic physician. He recently received a national U.S. Dream Scholarship.

DiGiso, of Campbell Hall, is also enrolled as a liberal arts student focusing on biology. She plans to earn a bachelor’s degree in cognitive science, with hopes of finding opportunities in research related to neuroplasticity/brain wiring as it is effected by injury or trauma.

Despagne’s long-term goal is to attend medical school to become a pediatrician, but the Monticello resident’s next stop after SUNY Orange will be City College of New York. She is also in the biology track within the College’s liberal arts degree.