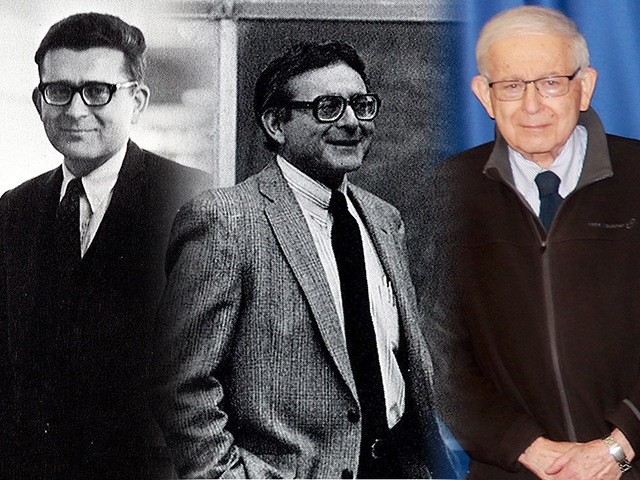 It was 1963. John F. Kennedy was in the White House. Dr. Martin Luther King delivered his "I have a dream" speech, and Stephen Winter arrived at Orange County Community College to begin his long, and storied career as a business professor.

Now, after more than 58 years at the College, Winter has decided to retire from full-time teaching.

Winter, who joined the faculty in the College’s early days, has had a front-row seat for the growth and development of SUNY Orange from a small, fledgling college to a highly respected academic institution. From construction of buildings to the development of degree programs, Winter has been fortunate to experience it all.

When asked what was special about teaching at the College for 58 years, Winter replied “the outstanding support of the administration, my colleagues, and the staff which allowed me to learn and grow.”

“Working at Orange County Community College provided a superb environment to engage in creativity,” said Winter. “That is the same institutional culture afforded to our students, and is what has made the College singular over the years.”

Winter’s path to the College was the result of a suggestion from his MBA program thesis supervisor at the City University of New York. The professor offered Winter the opportunity to teach a graduate budgeting course. He reluctantly declined since he was employed full-time while pursuing his degree at night. However, before graduation the supervisor suggested another teaching opportunity. This option was a full-time position at Orange County Community College. He applied and was hired.

Originally holding a dual appointment as a business and economics instructor, Winter split his time between the disciplines for seven years until both programs grew to the point that full-time instructors were needed in each. Faced with a decision on which subject to teach, Winter elected to focus on business. “I had to make a choice, and chose business,” he said. “But either (discipline) would have been a lot of fun.”

It certainly was a good decision. In the more than 50 years since, the name Steve Winter has been synonymous with business and marketing instruction at Orange County Community College. He estimates that he’s taught thousands of students the concepts and principles that have enabled them to pursue both baccalaureate degrees and successful careers.

In addition to teaching, Winter served as chairperson of the business management department, as well as chair of the business administration division, for nearly 25 years combined.

Although retiring from his full-time role, Winter plans to continue teaching as an adjunct professor emeritus. He also plans to spend time traveling.