Karen Mejia Joins Board of Trustees

Karen Mejia Joins Board of Trustees 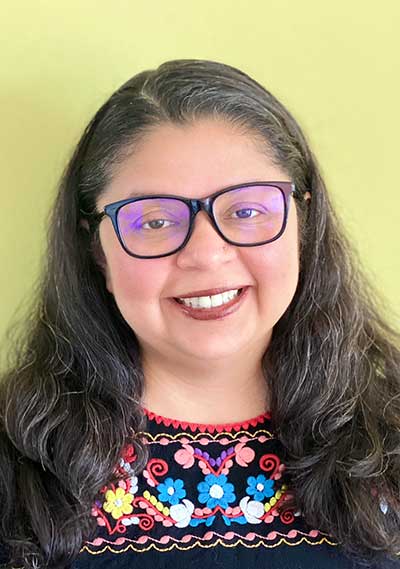 MIDDLETOWN, N.Y. – The SUNY Orange Board of Trustees welcomed new gubernatorial appointee Karen Mejia to the Board during its November meeting (Nov. 16).

Mejia, appointed by New York State Governor Kathy Hochul, will fulfill a term that concludes on June 30, 2024. The SUNY Orange Board is composed of five appointees by the Orange County executive, four members assigned by the governor and one student trustee who has full voting privileges. Currently, one vacant gubernatorial appointment remains unfilled, placing Board membership at nine Trustees.

“I welcome Ms. Mejia to her new roles as a member of the SUNY Orange Board of Trustees and look forward to working with her,” said Dr. Kristine Young, SUNY Orange president. “Ms. Mejia is deeply invested in improving the lives of her neighbors in Newburgh and throughout Orange County. Her experiences within the community and her time spent serving the City of Newburgh as a member of the City Council will greatly benefit our Board and our College.

Mejia, a resident of the City of Newburgh, possesses more than 25 years of professional experience working with public/private partnerships including the non-profit sector, community development and governmental policy. She has designed, managed and implemented local venture capital and voluntary sector finance initiatives in Africa and Latin America aimed at developing linkages between small and medium enterprises.

She has also organized conferences and symposia on issues ranging from local hiring and career paths to housing rights and economic development. A former council member in the City of Newburgh, she worked with her colleagues to address the foreclosure and rental crisis in her community. Mejia is currently an assistant director at the 1199SEIU Training and Employment Funds and is a founding member of Local Progress NY and serves on other local boards within the community.

A native of El Salvador who migrated to the United States at the age of 8, Mejia earned a master’s degree from New York University and a bachelor’s degree from Brown University. She and her partner live in the City of Newburgh where they are raising their daughter and their Siberian husky.