Hayden is Northeast Region XC Athlete of the Year

Hayden is Northeast Region XC Athlete of the Year 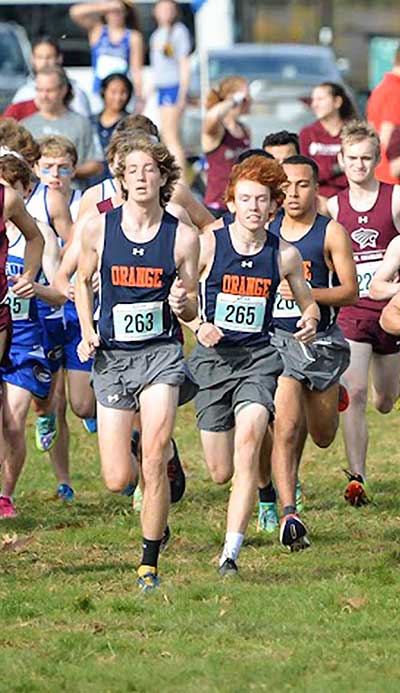 Hayden, of Warwick (wearing bib #263 in photo), earned All American status in his rookie season by virtue of placing third in the NJCAA Division III National Championship race in Westfield, Mass., on Nov. 5. Hayden covered the 8-kilometer Stanley Park course in a personal best 27:02.15. The race winner was Nicholas Keeling of DuPage College, which captured the overall team title.

Hayden captured the Region XV individual title in late October at Sunken Meadow State Park in Kings Park, N.Y. The regional meet was held as part of the larger St. Joseph’s Invitational. In that race, Hayden bested all Region XV competitors with a time of 28:34.4, which placed him seventh overall in the invitational. Earlier in the season, he was second at the New Paltz Invitational and set a personal best of 16:06.9 over a 5K distance when he finished in 22nd place at the Adelphi Short Course Showdown in late October.

In 2021, Hayden helped lead his Warwick Valley boy’s team to a runner-up finish in the Orange County Interscholastic Athletic Association championships at Bear Mountain State Park. He placed ninth overall in a time of 16:53. He would later finish seventh in the Section 9 championship race.