Not only being the studio’s most successful film of the year, Fatal Attraction was also the highest grossing film of 1987. Receiving a mixed, but mostly positive critical reception, the film is now an iconic piece of cinema history. Following and defying film archetypes, Fatal Attraction has become the subject of numerous academic analyses. The themes of mental illness, infidelity, sexuality, and feminism, among others, have been drawn from the narrative of the film. However, regardless of its role in film criticism, and spurring the creation of the erotic thriller sub-genre, Fatal Attraction is an in-depth and frightening look at contemporary relationships. The film was originally rated “R” in its theatrical cut.

The film follows the story of Dan Gallagher, who, after engaging in a one-night stand, becomes the victim of a psychopathic stalker. Fatal Attraction stars Michael Douglas, Glenn Close, and Anne Archer, in some of their finest performances.

This film screening, which is free and open to the public, will be introduced by 2019 SUNY Chancellor’s Awardee for Student Excellence David O’Keefe whose research specialty is film and major is new media/digital media production.

Fatal Attraction marks the second installment in a Friday night series entitled
“Lost in Cinema: From Summer Camp to Outer Space.”
On November 1st, the film presented will be the neo-noir mystery, Blue Velvet. January 24, 2020 has the final offering of Alien. 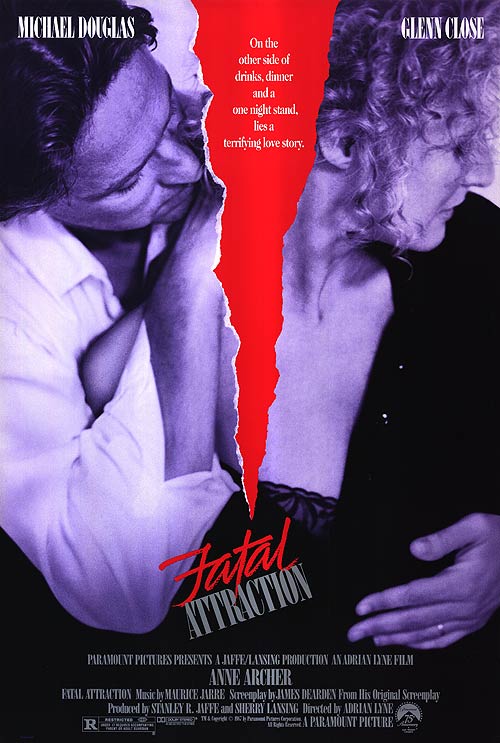