However, who were left out and remained ineligible to vote?
For several communities of women, their fight for equality had not ended with the enactment of the 19th.

Penn State Associate Professor Cathleen D. Cahill, PhD, explained in length the history of the suffrage movement and the continued struggles for women to vote even with the 19th during her lecture Who Was a Suffragist: A More Diverse View ~ Women of Color: African American, Native American, Asian American, Hispanic American ~ on Wednesday, September 30 at 6:30pm. This lecture offers a revealing look at another side and an inspiring new history of woman suffrage.

The recording of this lecture is now available through October 25 free by clicking HERE.

Dr. Cahill holds a B.A., in History and a B.A. in English, University of California, Davis;
an M.A., in Social Science, University of Chicago, and a Ph.D., in History, University of Chicago. She is a social historian. She is the author of award-winning Federal Fathers and Mothers: A Social History of the United States Indian Service, 1869-1932, and has a new book forthcoming in November, Recasting the Vote: How Women of Color Transformed the Suffrage Movement. 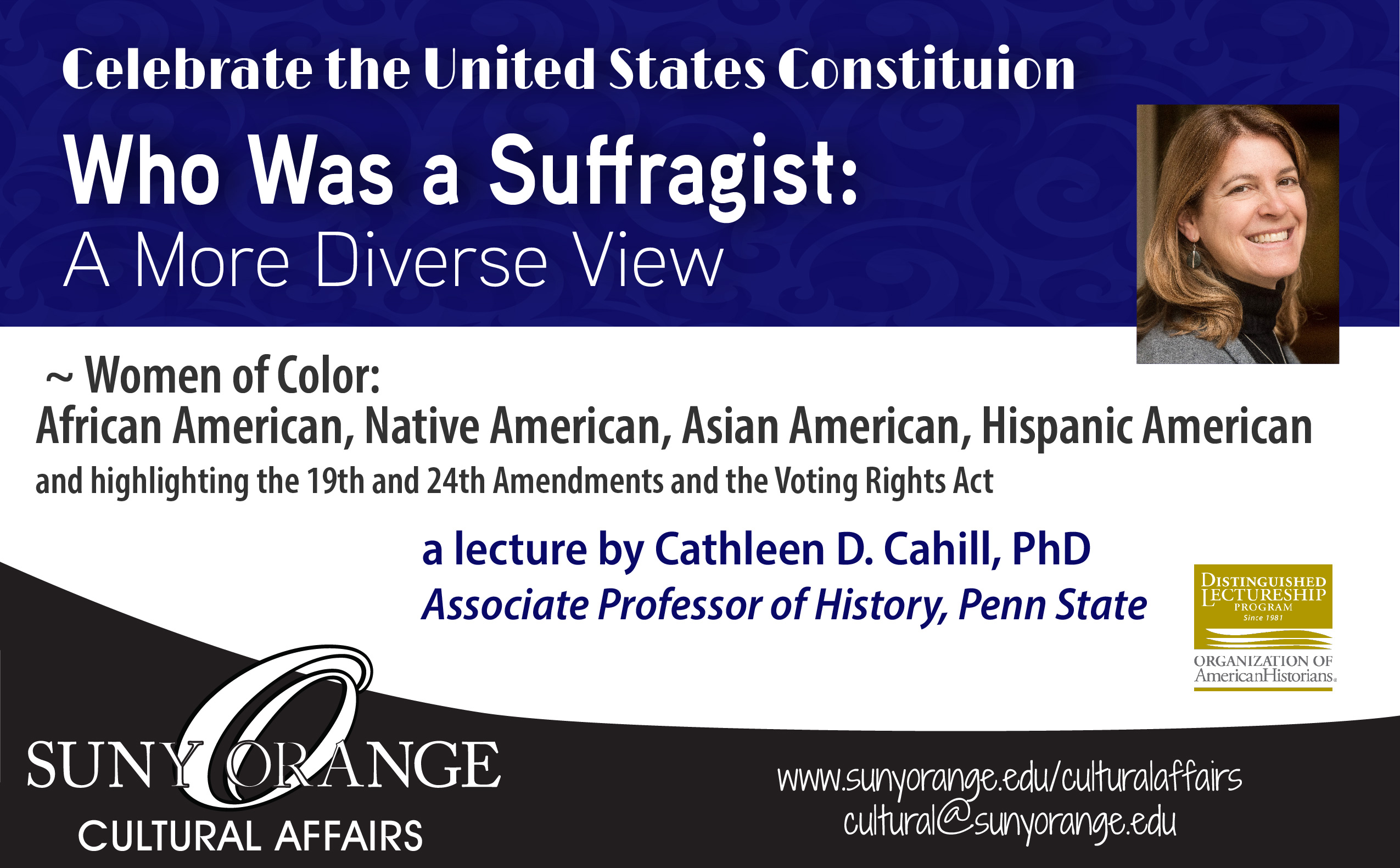