Speaking of Art: Poetry and Ekphrasis

A poetry master class, entitled Speaking of Art: Poetry and Ekphrasis, took place very successfully on Tuesday, March 9, 2021. Led by multi-award-winning poet, Vassar College Professor Paul Kane, PhD, attendees learned about the roots of ekphrasis as a literary description of art.
During the session, Dr. Kane asked and answered these questions:
* What do we see when we look at art?
* How do we describe in writing what we see?
* What are some of the approaches we might take in ekphrasis?
* Can we imagine works of art that don’t exist?
* Can there be works of art about poems?

Dr. Kane showed many examples throughout the evening session and in response, much interaction followed.

Then, with the groundwork having been laid, images of artworks not shown before were presented and participants were asked to write poetry in response to the visuals.

This program was recorded and is available through April 30 by clicking HERE.

Questions may be directed to Cultural Affairs: cultural@sunyorange.edu

Paul Kane is an American poet, critic, and scholar. He is also considered an Australian poet. He has published, as author or editor, twenty books and numerous essays, reviews, and poems in various literary and scholarly periodicals. He has been the recipient of numerous prestigious awards for his work including Fellowships from the National Endowment for the Humanities, the John Simon Guggenheim Memorial Foundation, the Bogliasco Foundation, the Schweitzer Prize Preceptor in Poetics at New York University; and a Fulbright Award. He holds BA, MPhil, MA, PhD degrees from Yale University; an MA from the University of Melbourne; and an honorary doctorate from La Trobe University, Australia. He has been a professor of English, at Vassar College since 1990. 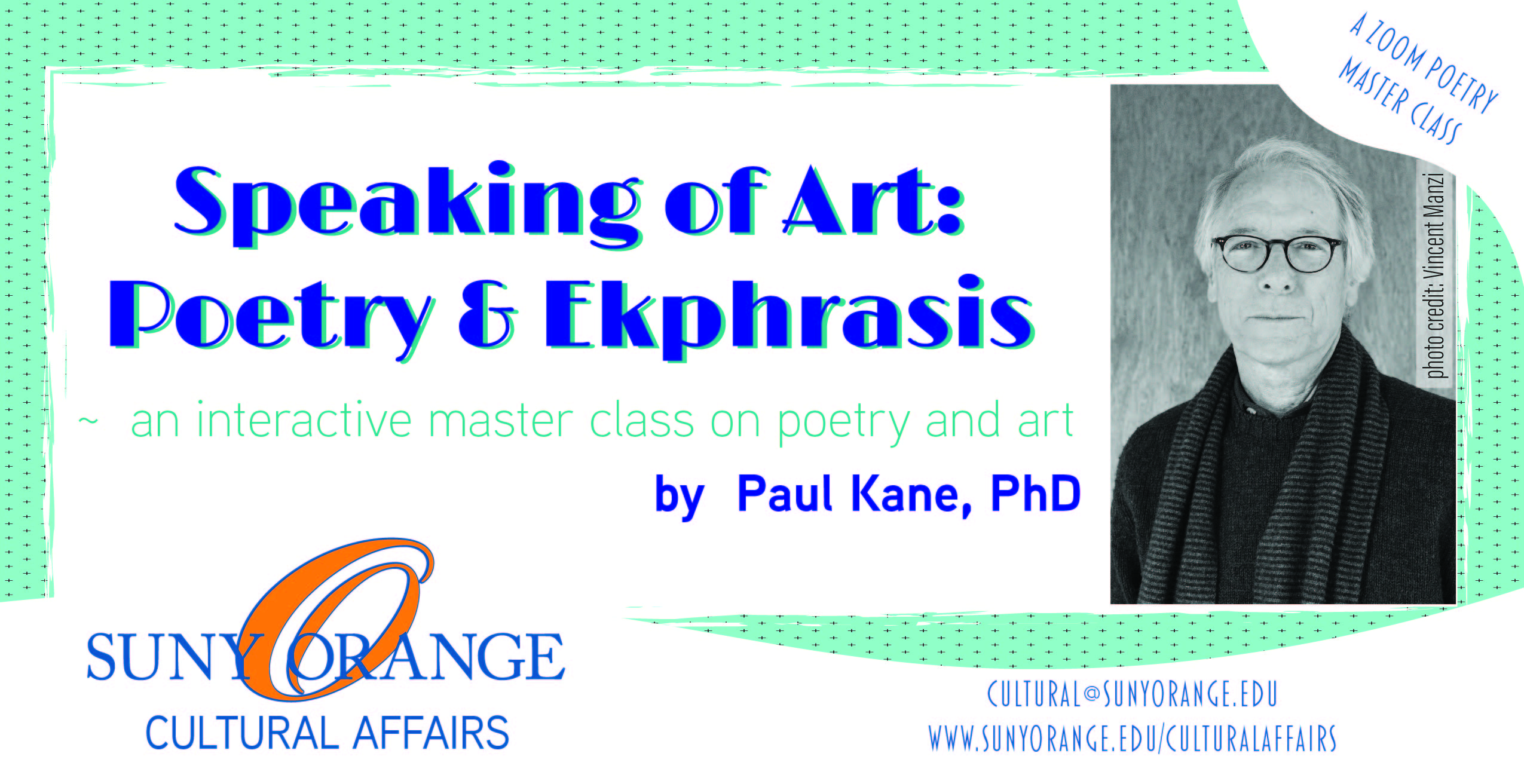