The last in the Earth Month Lecture Series took place on Earth Day, Thursday, April 22. The recording of that presentation is now available through June 15 by clicking HERE.

Dr. Neil Maher, who has spoken both virtually and in-person at SUNY Orange now for the fourth time in the last six and a half years on various topics, reviewed concepts and policies with historical perspective on two New Deals: the original New Deal of the Great Depression era and the Green New Deal of today. In his lecture, Green New Deal Initiatives: The Civilian Climate Corps, he specifically focuses on the Civilian Conservation Corps (CCC) of the New Deal as being a guide in President Joe Biden’s new proposals including the Civilian Climate Corps.

In comparing the New Deal with the Green New Deal, he demonstrated how the two multi-faceted programs differ even though both concern the creation of jobs and the natural environment. As Earth Day has evolved over the years, so, too, the Green New Deal takes the New Deal as a basis and develops its concepts in consideration of the twenty-first century.

Neil Maher holds a BA in History from Dartmouth College and an MA and PhD in US History from NYU. He has been the recipient of 21 fellowships and grants from 1994 to 2019, including a Fellow at the Charles Warren Center for Studies in American History, Harvard University. In addition, he has received seven awards from 2006 to 2019 including the Robert W. Van Houten Award for Teaching Excellence from NJIT-Rutgers University, Newark, where he is a Professor & Master Teacher in the Federated History Department. In addition to his book on the CCC, Nature’s New Deal: The Civilian Conservation Corps and the Roots of the American Environmental Movement, he authored Apollo in the Age of Aquarius and his working on The Urban Crisis as Environmental Injustice. His Seeing Nature, an Environmental Humanities Field Guide to Visual Culture, is a textbook currently under contract with the University of Washington Press’ Environmental Book Series. 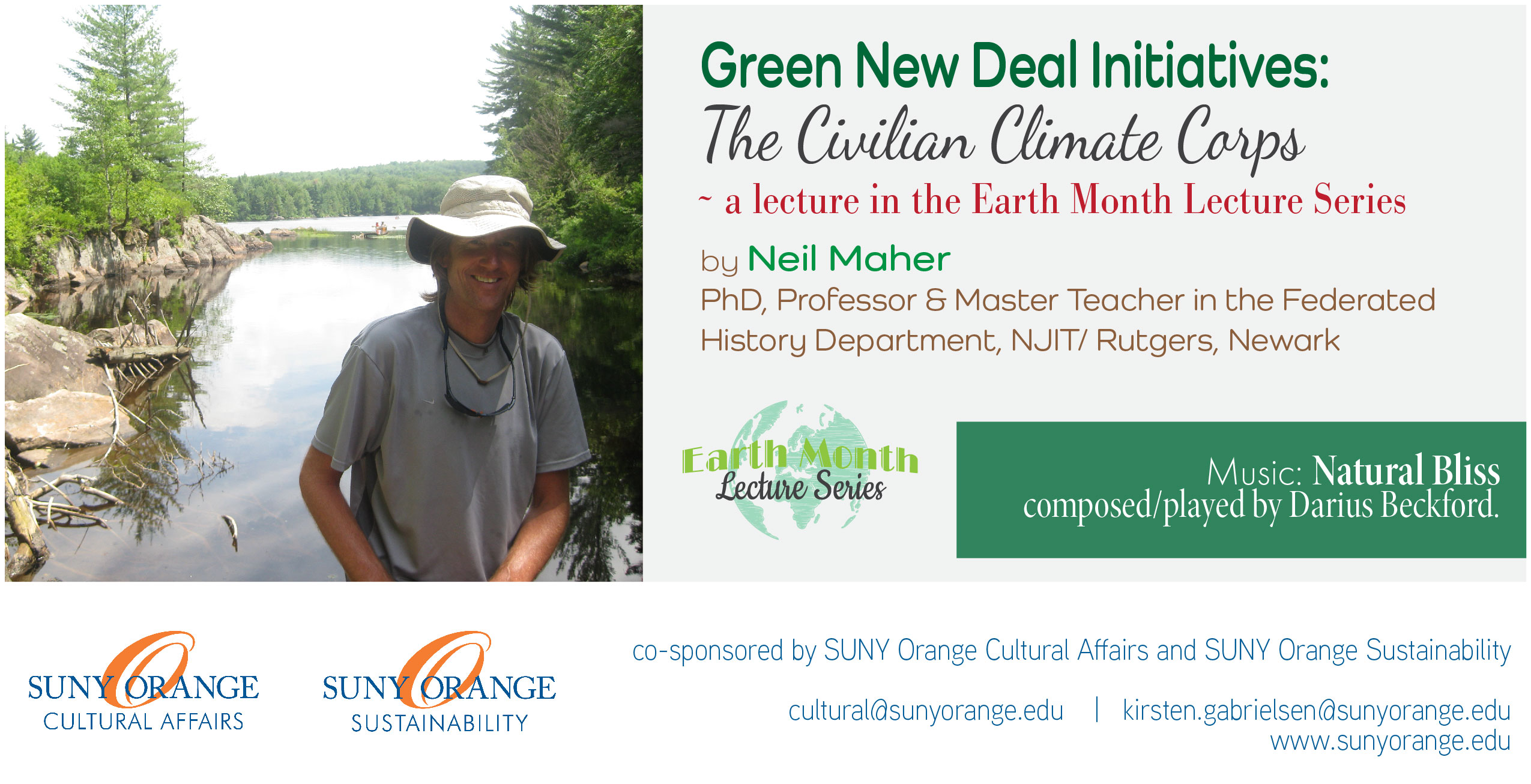