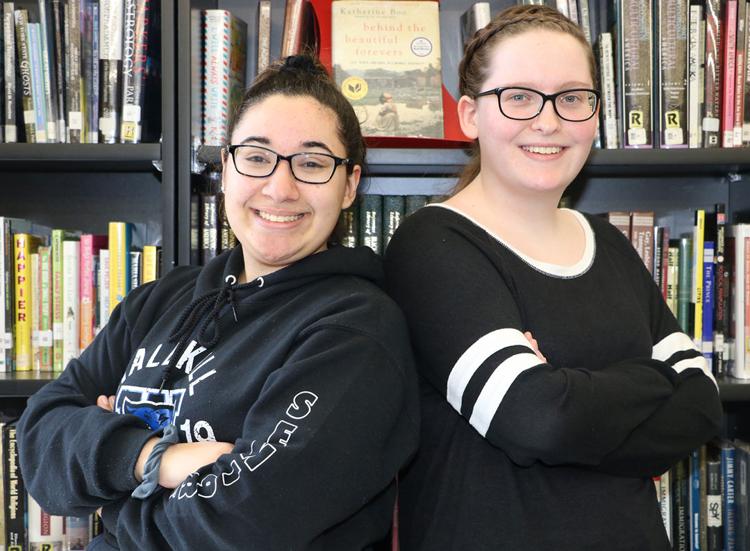 This story appeared on the Kingston Daily Freeman website on April 10, 2019

WALLKILL, N.Y. — Amanda Whitehouse and Victoria Soler have been named valedictorian and salutatorian, respectively, of the Wallkill High School Class of 2019.

Whitehouse, the daughter of Lynn and Charles Whitehouse of Wallkill, has a grade average of 99.79. She has been active in the National Honor Society, the Spanish Honor Society and the school band. An oboe player, she earned a spot in the All-County Band as well as the Area All-State Band.

Outside of school, Whitehouse serves as an assistant teacher at her church’s Sunday school, working with 3- and 4-year-olds.

Whitehouse plans to attend SUNY Orange, where she will study accounting as the first step toward achieving her long-term goal of becoming a forensic accountant.

She also holds a third-degree black belt in taekwondo and serves as a senior instructor at a martial arts center in Newburgh.

Soler plans to attend the Rochester Institute of Technology, where she will major in web and mobile computing. Eventually, she plans to earn a master’s degree and pursue a career in computer coding.