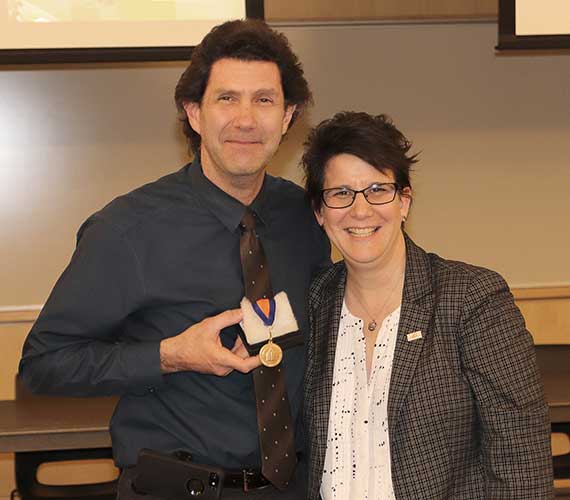 The Chancellor’s Award is the highest honor regularly bestowed upon community college personnel within the State University of New York. In March, Giorgianni also received the SUNY Orange President’s Award for Excellence.

“Tom is fully deserving of this honor,” said Dr. Kristine Young, SUNY Orange president. “He thoughtfully develops skills and methods that assure his students fully understand and grasp sometimes complex content, and his dynamic teaching style engages students and draws them into the content. In addition, he is committed to staying current on trends within the industry by gaining experience outside of the College community that will inform and shape his teaching.”