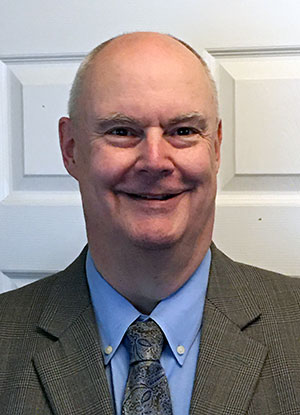 Most recently, Martland served as dean of administration at Quinebaug Valley Community College in Danielson, Conn., from 2012 to 2019. As chief financial and administrative officer at Quinebaug, he was responsible for the overall financial performance of the College and for all business-related functional areas, including budgeting, finance, facilities, human resources, information technology, labor relations, payroll, purchasing, and the innovative Advanced Manufacturing Technology Center.

Prior to that he spent 28 years in increasingly responsible management positions at the Cranston Print Works Company, the oldest and largest textile printing company in the United States. Martland served as general superintendent of the company’s Webster, Mass., facility from 1988 through 2000, and then as director of sourcing from 2001 through 2011.

“Paul’s extensive background in higher education, manufacturing and banking will serve him well as he immerses himself into the SUNY Orange community,” Young said. “He joins us at a most complex time as we respond to the wide-ranging educational, operational and fiscal challenges associated with the COVID-19 pandemic. But I am confident his experiences will serve him, and SUNY Orange, well as we re-establish the relevance and usefulness of the College in our new environment."

At Quinebaug, Martland was a member of the president’s executive Cabinet and represented the college on various Connecticut system-wide and state-wide committees, including the State-wide Advanced Manufacturing Advisory Council. He collaborated with the QVCC Foundation, local businesses, non-profit organizations and public agencies on a variety of issues. Additionally, he worked hand-in-hand with faculty and staff on strategic planning and accreditation processes.

He earned his bachelor’s degree in economics and political science from Amherst College and his master’s of business administration degree from the J.L. Kellogg Graduate School of Management at Northwestern University.