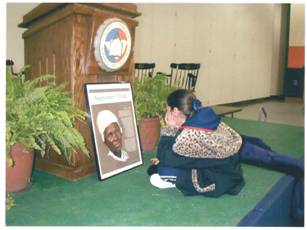 Congratulations! You have been nominated as an outstanding student in Orange County. As a result, you have been awarded SUNY Orange's 33rd annual Sojourner Truth Award. The award is named in honor of Sojourner Truth, who lived in the mid-Hudson Valley region after escaping from slavery.  Ms. Truth is hailed as one of the most distinguished and highly-regarded women of the nineteenth century.

The goal is to recognize you for your accomplishments and to encourage you to consider attending college after you graduate from high school.

This program honors students for achievements in the areas of:

Any questions you have regarding the nomination process can be directed to Dolores Jones at (845) 341-4000 or e-mail dolores.jones@sunyorange.edu