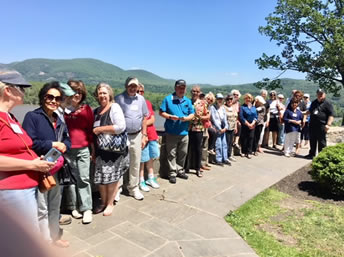 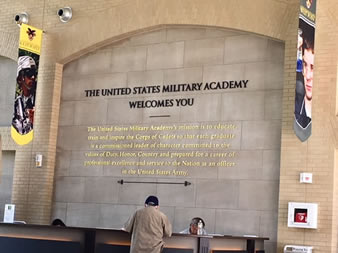 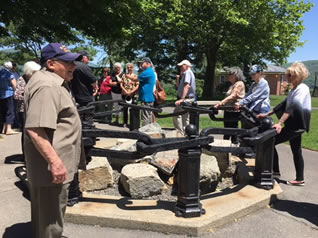 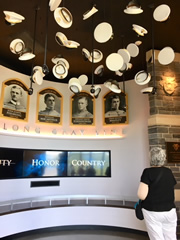 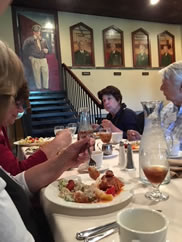 On a lovely June day, 30 intrepid Encore members took the bus! And where we landed was one of Orange County's most memorable sites: West Point Military Academy. Our guide led us through the grounds, onto a magnificent view of the Hudson River, into the Museum and Chapels, around the West Point Cemetery where we paused at the headstones of illustrious grads like General Norman Schwartzkopf, astronaut Ed White, the last Buffalo soldier, Sylvanius Thayer (Academy founder), and the many men and womhen who served and died for our country. A living history lesson was the stop at the piece of the forged chain once hung across the Hudson to deter British ships; the huge links defied human lifting efforts. Afterwards, the renowned Thayer Hotel served up a delicious hot and cold buffet, while the portrait of General MacArthur watched over us.

Let's Do It Again: Touro College Was Such A Hit That We're Offering A 2nd Tour

As you'll see from the apictures and article below, last year's our of Middletown's new Touro College was in such demand that we're offering the opportunity agin this Fall. Check out the dte at time under our new Course Schedule posted on thi same site. 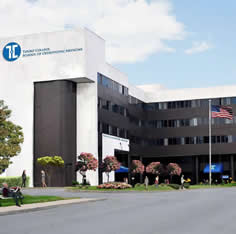 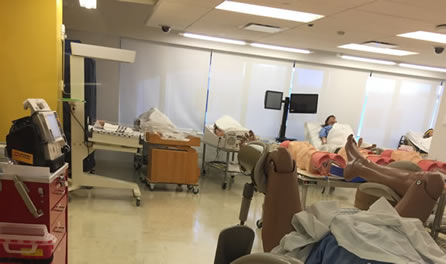 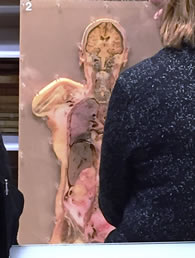 Last academic year, on a hometown Travel-Learn event, Encore toured the city's new Touro College of Osteopathy facility. And what we discovered was a treasure in our own backyard, in the former home of Orange Regional Hospital. Led by Bev Schulman, the 20-member group was welcomed by administrators and faculty. They visited the learning labs where students studied advanced techniques, used SIM models of humans (adult and child) to practice, and hone their craft. "The SIM lab had manikin bodies and parts that mimic all types of problems and reactions," Bev reported. She also observed that the classrooms and lecture halls are technology state of the art. Encore was also permitted in the autopsy lab. The experience was so positivey received that, Bev says, "We'll probably do it again next academic year." 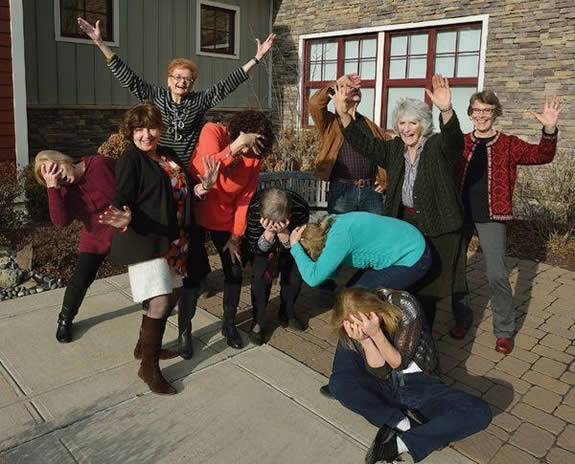 Do these gals look happy and spontaneous? You betcha! And they were the highlight at Encore's annual members' meeting and ice cream social in June. After smiling, laughing and applauding, members dealt with a short business agenda, which included electing two new Steering Committe members-Pat Blau and Lew Kornish-and reelecting 4 others.

Pick Up Those Colored Pencils! Let's Draw in our Fall 2016 Class

12 happy senior learners, guided by volunteer instructor Joe Petrosi, did just this in an engaging 5-session course, "Color Pencil Drawing" in September-October. The emphasis here is on DRAWING so members learned how to create or transfer an original design or a photo or sketch from another medium. Using the light box, tracing paper, enlarging techniques, they intently created the outlines. Then instructor Joe demonstrated various strokes, shading etc for creating special color textures and effects. "Joe is an amazing instructor who knows how to work with us individually as well as a group," one class member says. And what you can see below are some of their works and all of their smiles! 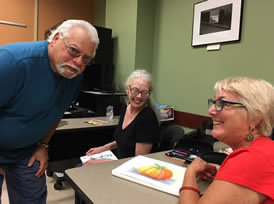 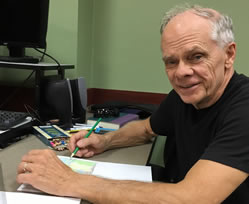 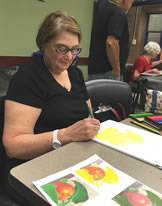 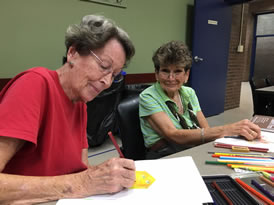 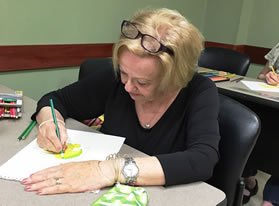 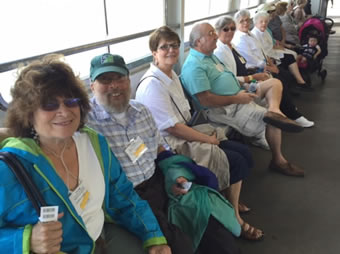 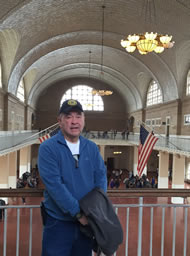 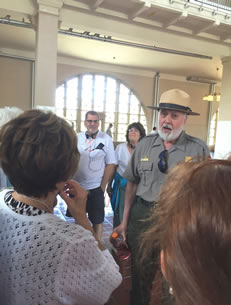 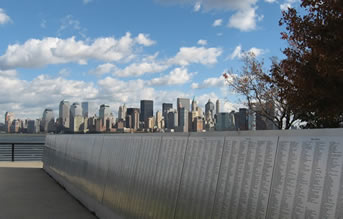 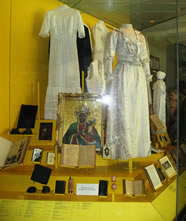 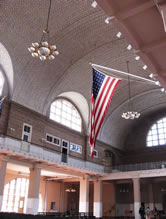 "Who we are now and who we were when" was the theme of Encore's Travel-Learn excursion this September. Led by Bev Schulman, Travel Committee Chair, the energetic group toured the main building, marveled at the displays of immigrant memorabilia, and viewed the names on the Wall of Immigrants.