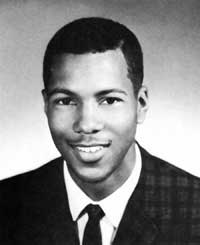 David Brownbill '67(audio profile)
David Brownbill was a two-year standout for the SUNY Orange men s basketball team during the 1964-65 and1965-66 campaigns. Known as a sharpshooter and prolific scorer, Brownbill amassed 1,356 points during his career and ranks second on the Colts all-time scoring list.

Brownbill led the East Coast Junior College Conference in scoring, averaging 29.5 points per game, in 1965; was named to the ECJC All-Star Team; and was the ECJC tournament Most Valuable Player. He was the only New Yorker named to the New York- Maryland Challenge Cup all-tournament team in 1965.
In 1965-66, he helped the Colts to a sparkling 17-5 record after the team had won just seven times in 22 outings the season before.

He went on to continue his career at Hofstra, graduating from the Long Island university in 1969. During the 1970s and 1980s, Brownbill played alongside of the legends of basketball on teams that participated in the legendary Rucker Tournament in New York City and was a close friend of National Basketball Association Hall of Famer Julius Dr. J. Erving.
Brownbill also was a member of the Harlem Laugh-Ins travelling comedy basketball team that barnstormed the Northeast in the early 1970s.

Brownbill is presently a Screen Actors Guild American Federation of Television and Radio Artists (SAG-AFTRA) actor who has appeared briefly in a variety of television shows, including Law and Order, Law and Order SVU, Gossip Girls, Blue Bloods, The Sopranos and Nurse Jackie. His list of movie credits includes Spiderman 3, Bourne Ultimatum, The Sorcerer s Apprentice, American Gangster and We Own the Night. He also teaches a computer lab for senior citizens at the New York City Senior Center. 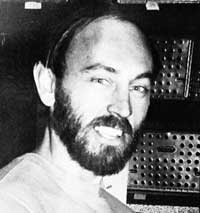 Yogi Davis 71(audio profile)
Yogi Davis was first introduced to Colt athletics while serving as a student manager for several Colt teams. He was team manager for the cross country squad in 1968, 1969 and 1970 and served in that same capacity for the baseball teams in 1969, 1970 and 1971. He also managed the wrestling team for one year.

In 1974, Davis returned to the College as a full-time technical assistant for the Physical Education Department and the equipment manager for the Athletics and Recreation Department. For the next 39 years, until his retirement in 2013, Davis was a constant presence throughout the Physical Education complex. Today, he remains at the College in a part-time capacity, serving as a building supervisor for the College s Recreation Club.

No one has been more involved with the Colt programs, more instrumental in their success or more supportive of the athletes and coaches. He has watched more minutes of soccer and basketball, and more innings of baseball and softball than any other Colt, and there is no bigger fan of the Colts. 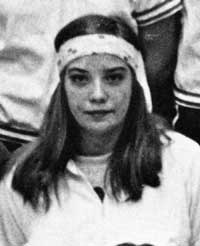 Donna Frazier 93 (audio profile)
Donna Frazier played basketball and softball at SUNY Orange in the late 1970 s and graduated in 1993. A playmaker as the Colts point guard during the 1977-78 and 1978-79 campaigns, she led the team in assists both seasons.

While at SUNY Orange, Frazier was named to the Region XV All-Tournament Team on the hardwood. On the diamond, she anchored the infield as a third baseman as the Colts crafted winning seasons during both of her campaigns.

She is a member of the Eldred School District Hall of Fame, and has served as an adjunct faculty member in the SUNY Orange Occupational Therapy Assistant Department since 2004. She is currently the corporate rehabilitation director at Elant, Inc. Her responsibilities include, oversight, supervision and scheduling for the delivery of all rehabilitation services including physical, occupational and speech therapy services for five skilled nursing facilities, and a growing community based program.

In conjunction with the College s OTA Department, Frazier helped forge a partnership between Elant and the College to create clinical training opportunities for students in the College s occupational therapy assistant and physical therapist assistant programs. She is a car-fit certified trainer, actively involved in regional and statewide Occupational Therapy associations and serves on the Advisory Boards of SUNY Orange OTA program. She is also on the board of Hudson Valley Senior Source, a local chapter of National Aging in Place. 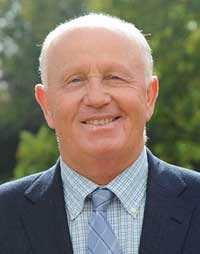 Bob Heins 71 (audio profile)
Bob Heins, who played on the golf teams of 1970 and 1971, was selected as the Mid Hudson Conference Most Valuable Player in 1971 and was a two-time runner-up at the Region XV tournament. He also qualified for the national tournament during each of his two seasons.

Heins led the golf team on an impressive streak of 39 straight duel match victories. After graduating, Heins went on to compete briefly at the University of Florida alongside such notable players Gary Koch, Andy North, Phil Hancock and Woody Blackburn. He left Florida in 1972 to turn pro, ultimately becoming a Professional Golf Association teaching professional.

Heins has been the head professional at Old Oaks Country Club in Purchase, N.Y., for more than 30 years. He was named the 2000 Metropolitan PGA Professional of the Year and has earned the Bill Strausbaugh Award three times (1997, 1998 and 2002) for his work with employment and club relations.

He is a longtime officer with the PGA s Metropolitan Golf Association board and was honored as the Teacher of the Year in 2008.

He is a six-time Westchester Open Champion and was the 1990 New York State Open champion. He has played in three PGA Championships, making one cut, and four PGA Senior Championships, surviving the cut in three of those events.
He was elected to the Metropolitan Golf Association Hall of Fame in 2010. 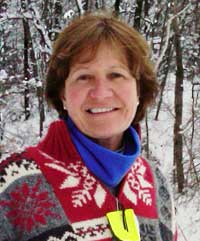 Theresa (Terry) Rickard 76 (audio profile)
Theresa Rickard graduated from SUNY Orange following standout careers for both the women s basketball and softball squads. In 1976, within the span of several months, she helped lead both teams to state titles.

Rickard was a starter for the Colts basketball team that won the New York State Association of Intercollegiate Athletics for Women championship and placed third in the Eastern Association Regional Tournament in 1976. She topped that title-winning squad in assists and steals, and was second in scoring.

A softball outfielder, she batted .381 in 1976 to help the Colts capture the New York State title. She also played in the National Women s Tournament in Huntington Beach, Calif. Rickard won the Mary B. Diana female Athlete of the Year Award in 1976 in just the second year of the award s existence.

Presently, she is a Dominican Sister and serves as president and executive director of RENEW International, a Catholic not-for-profit organization located in Plainfield, N.J., with satellite offices in Latin America and South Africa. RENEW develops and implements pastoral programs that help people to deepen their faith and live it through works of charity and acts of justice.

Rickard is a nationally known speaker and a contributing author to the books Preaching in the Sunday Assembly and Preaching Christ Crucified. She authored The Living Gospel: Daily Devotions for Lent 2014. In 2007, she was inducted into the St. Mary s High School Hall of Fame in Manhasset, N.Y., where she played varsity volleyball and basketball.
This past September, she was selected by the American Bible Society to receive its 2014 Christian Leader Award for her leadership in Bible engagement ministry.

1969 Cross Country Team (audio profile)
The 1969 Cross Country Team, under the direction of head coach Gary Dross, went undefeated with a record of 12-0 and became the College s first cross country team to win the Mid Hudson Conference Championship. The squad placed first in the two-year division of the Albany Invitational and was the NJCAA Region XV Cross Country Champion before finishing 14th at the National Championship. In 1969, there were no divisions at the national event and all schools raced at this one event.

Bill Wilbur was the team s leading runner in 1969, finishing as the first Colt across the line in 15 of the team s 16 races that fall. He was victorious in 11 dual meet races and also won the Albany Invitational, Mid-Hudson Conference title and the Region XV championship. During the season, Wilbur set or re-set 12 course and meet records.

Joining with Wilbur to give the Colts a dominating one-two punch was Gerry Hanlon, who was beaten by just one opponent, other than Wilbur, in the 12 dual meets. Hanlon also finished third at the regional meet and second at the Albany Invitational. During his lone individual victory of the year, Hanlon set a course record while helping the Colts to a 25-31 road victory at Suffolk, snapping the hosts 23-meet winning streak. Both teams had entered that highly anticipated showdown with unblemished 10-0 records.