John Basalyga, who attended SUNY Orange from 1968-70, played baseball for the Colts in 1969 and 1970. In 1969, he led the team in batting average and slugging percentage with a .353 average and a .549 slugging percentage.
Basalyga was named to both the All-Mid Hudson Conference and All-Region teams. A versatile catcher/first baseman, he was second on the team in putouts in 1969. He also served as the soccer team goalie for one season.
After SUNY Orange, Basalyga went on to study and play baseball and hockey at Bowling Green University. The Falcons 1972 baseball team won the program s first-ever Mid Atlantic Conference Championship and was ranked 13th in the nation in the final Collegiate Baseball poll.

Basalyga s first coaching stint came as the boy s soccer coach at Turpin High School in Cincinnati. Over the course of 24 seasons, he compiled a 325-93-58 record and led Turpin to Ohio state championships in 1986, 2000 and 2001. His teams produced 22 consecutive winning seasons and captured 15 sectional championships. Basalyga was named the Ohio High School State Coach of the Year in 2001.

For the past 12 years, Basalyga has been the soccer coach at Northern Kentucky University. He has compiled a 152-68-30 record and guided the Norse to the NCAA Division II National Championship in 2010, the first national championship in any sport at Northern Kentucky. In September 2013, he became the winningest coach in NKU men s soccer history.
He helped grow the program into a perennial national contender at the Division II level before ushering the program into the Division I ranks in 2012. He has been named regional Coach of the Year twice, and was voted the NCAA National Coach of the Year in 2010 by the National Soccer Coaches Association of America.

Basalyga and his wife, Linda, reside in Cincinnati. They have three children. His daughter, Lindsay Basalyga, is the women s soccer head coach at Bowling Green State University. 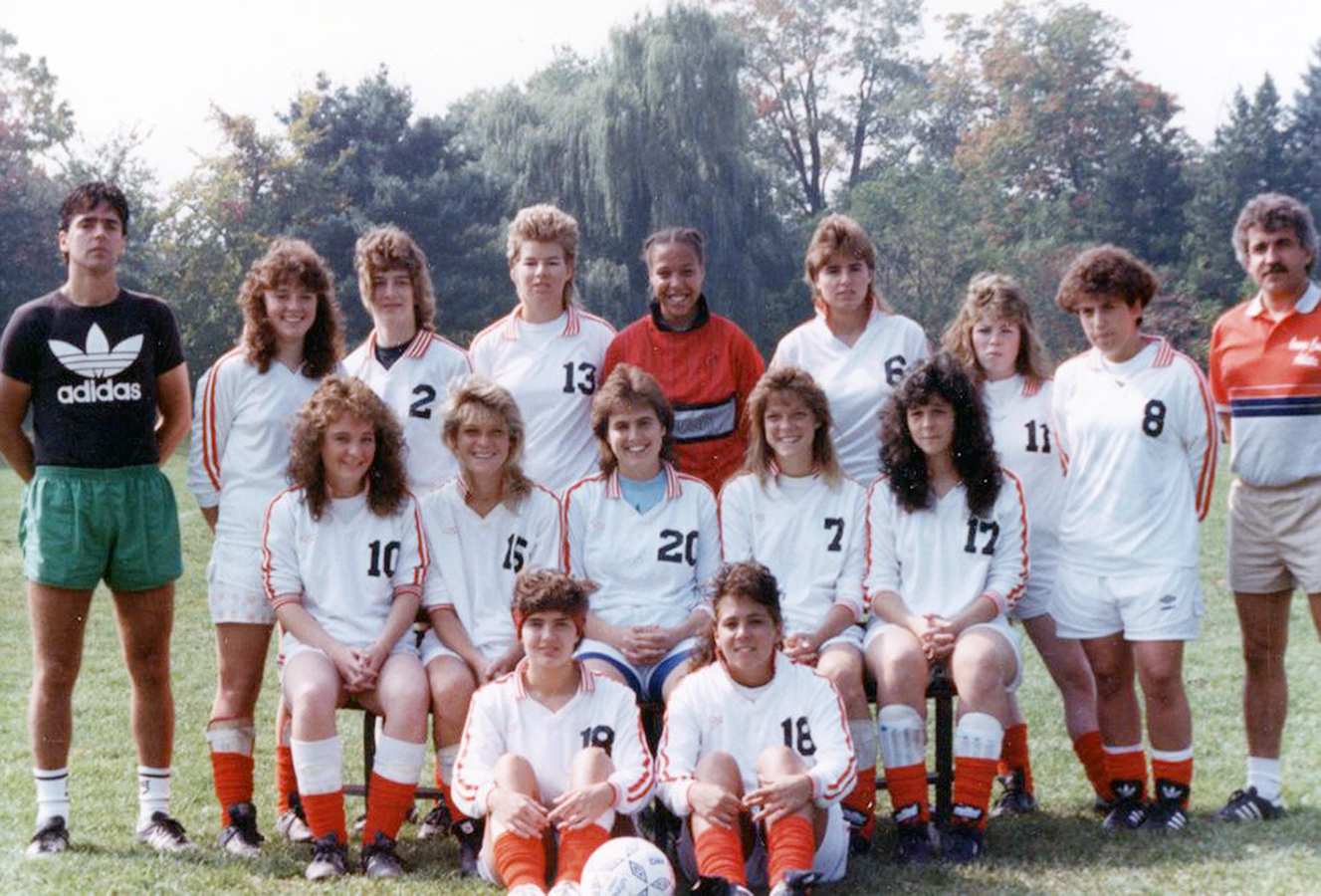 [Pictured right #20] A 1989 graduate of SUNY Orange, Sherry Morris spent two years on the basketball, softball and soccer squads for the Colts. She was named to the All Regional team in all three sports during each of her two years at the College.

In her first year on the softball diamond, Morris was named Mid Hudson Conference Softball Most Valuable Player in 1988. She was also a 1,000 point scorer in basketball and led the team to the National Tournament in Tyler, Texas in 1989.

Upon graduating from SUNY Orange, Morris transferred to Wagner College on a full scholarship. There, she played basketball and softball. She was named to the Northeast Conference Softball first team in 1990. That season, she also ranked among the nation s leaders in triples. Her three triples against Iona on April 4, 1990, still places her among a group of player who jointly hold the Division I single-game record for triples in a game.

On the hardwood, she averaged 13.8 points per game and 11.8 rebounds per game during the 1990-91 campaign. That season, she was named Northeast Conference Player of the Week three times and was an all-conference honoree. She set career highs of 26 points and 18 rebounds. In her first season at Wagner, she was named to the NEC All-Newcomer Team.

A graduate of Middletown High School, Morris was named the area s Player of the Year in 1987.

[Pictured above right #6] Stacey Morris graduated from SUNY Orange in 1989 following stellar careers in softball, basketball and soccer. She was named to the All-Region Team for each sport in both of her years at the College.

Morris was named the Mid-Hudson Conference Most Valuable Player in basketball at the conclusion of the 1987-88 season, and was SUNY Orange s female Athlete of the Year in 1989. A 1,000 point scorer on the hardwood, Morris led the Colts to the National Tournament in 1988-89 and was honored as a third-team NJCAA All-American.

Following her career at SUNY Orange, Morris carved a standout career at Wagner College, earning a full-athletic scholarship to play basketball and softball.

She is considered one of the great dual-sport athletes in Wagner history. As a senior, Morris was one of the predominant softball players in the entire nation, leading the country in slugging percentage (.954) while ranking second nationally in batting with a robust .556 average (which remains the fifth highest single-season batting average in Division I history). She was also third nationally in home runs (10) and RBI (43). A catcher, Morris was behind the plate for all 71 games during the 1990 and 1991 campaigns.

As a senior on the hardwood, she was a First-Team All-Northeast Conference (NEC) performer while leading the team in scoring at 15.4 points per game. She was also a member of the 1990-91 All-NEC Tournament team.

Her penchant for on-field excellence continued when she returned to SUNY Orange to serve as head softball coach. In 17 years (1993-2010), she amassed more than 300 career victories and guided the Colts to 12 regional and conference championships. In 1994, Stacey led the Colts to the NJCAA National Tournament, where the team placed third.
Morris was inducted into the Wagner College Athletic Hall of Fame in 2009. 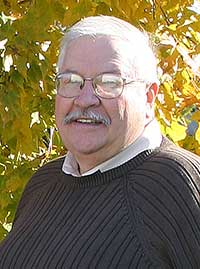 For the past 35 years, Paul Rickard has been a fixture at SUNY Orange as both a professor and a coach.

He has taught as a member of the mathematics faculty since 1980. He coached the men s basketball team for 25 years (1981-82 through 2005-06), guiding the Colts to 323 wins and a handful of regional and conference championships. He retired as the golf team coach in 2014 following 32 years at the helm.

In 2006, Rickard led the Colts to a 23-8 record, a district championship and the program s first ever appearance in the National Junior College Athletic Association Division II National Championship Tournament. That year, he was named the NJCAA Division II Coach of the Year in District 9.

His teams won the Region XV Sportsmanship Award numerous times, and the Colts had many players named to all-conference, all-region and All American teams during Rickard s tenure.

While coaching golf, Rickard took the Colts on many trips to the National Golf Tournament. Many of Rickard s basketball players have gone on to play and coach at the collegiate level, including his sons Tom and Dan. He has also served as a mentor and inspiration to many of the region s high school coaches, having built longstanding relationships with them over the past three-plus decades.

He was named the 1965 Region XV Tournament Most Valuable Player and was an honorable mention All-America selection.

Sileno teamed with current Colt Athletic Hall of Fame member David Brownbill as a formidable one-two punch for the Colts. He helped SUNY Orange to the championship game of the Region XV Tournament in 1966, where the Colts suffered a 102-94 overtime defeat at the hands of Wesley Junior College in Dover, Del.

Despite playing just nine games in his first season, Sileno was named an honorable mention all-conference selection. That season, he averaged 27.8 points per game, 17.2 rebounds per game and 10.2 assists per game. He led Region XV in assists as the Colts forged an 8-16 record. He scored 37 points against Queensboro on Feb. 21, 1965.