The English Department Poetry month celebration include year-long poetry-bombing in hallways and classrooms, support for and conjunction with Cultural Affairs' poetry events, faculty readings, guest readers, a poetry marathon, and support for the Student Creative Writing Club and literary magazine, thePULP. Poetry should be everywhere!

This year, in celebration of National Poetry Month, the Poetry Committee, in collaboration with Visual Arts & New Media, presents "Along the Path," a multi-event celebration that includes a visual exhibition featuring student artwork in conversation with student poetry.

All events are free and open to the public.

Instead of a big list of Native American writers, we're going to highlight one particular writer this month. You've probably heard of Sherman Alexie and Louise Erdrich, maybe even N. Scott Momaday, Leslie Marmon Silko or Joy Harjo. But Tommy Orange is a new face both in literature in general, and in the Native American literary canon. 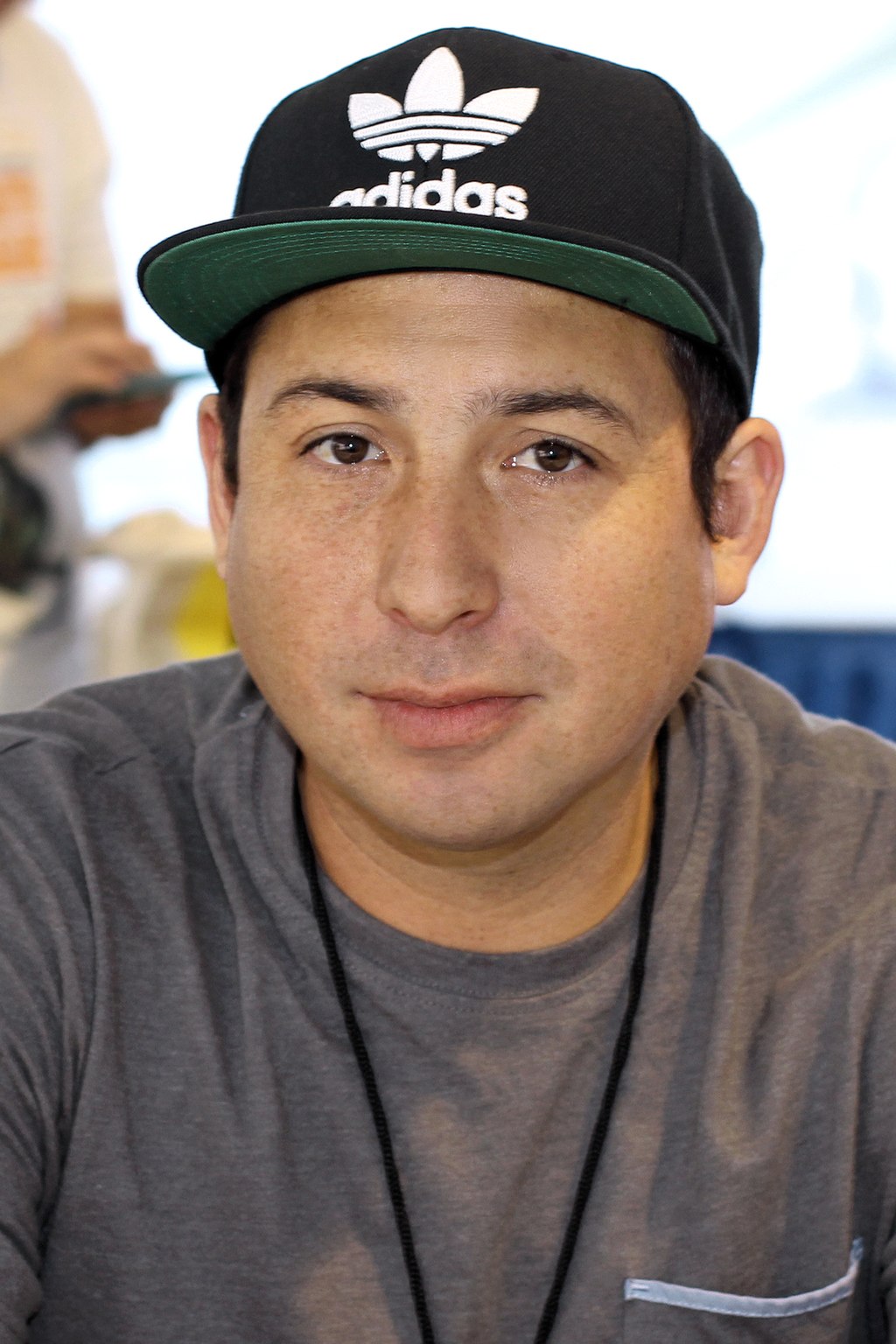 Tommy Orange is a Cheyenne and Arapaho Indian (he prefers "Indian" to "Native American," so that is what we'll use from now on) born and raised in Oakland, CA. He and his contemporaries seek to separate themselves from their predecessors like Sherman Alexie and Louise Erdrich, and he claims that the depiction of the "reservation Indian" is out of date. He instead focuses on what he calls the "urban Indian," exploring issues of identity politics, a sense of belonging, as well as issues previously explored by earlier waves of Indian writers, including poverty, depression, alcoholism, unemployment, life-expectancy, and suicide. Instead of Indians on reservations, though, Orange’s Indians occupy urban spaces, which we see in Momaday, Silko, and Alexie’s characters, but only temporarily. None of their characters need to survive long-term outside of the reservation, and the implication seems to be that they cannot; these characters need their reservation, their community, their tribal ties, and their ceremonies to thrive. Orange’s premiere novel, There, There (2018), has been well-received by critics and readers and has won a number of awards. It was even a finalist for the 2019 Pulitzer Award. A great deal of the focus on There, There has been on the ten-page prologue, a nonfiction, historical account of Indian genocide throughout US history, focusing on the annihilation of Indians in contemporary American urban settings. The book then shifts to fiction in first-, second- and third-person accounts of Indians in Oakland, California. In There, There, Orange attempts to make the move from including not only reservation fiction in the canon, but now the stories of these clearly ubiquitous Urban Indians.

Orange's "urban Indians" are no more or less authentic than the "reservation Indians" he deemed "outdated," but they are a new demographic that hadn't been depicted previously. His, and others', introduction of this new type of Indian is integral to a larger understanding of Indians who may face some of the same issues as those on the reservations, but existing in a non-reservation world.

Come by one of our campus libraries to check out some books by one of these LGBTQ+ authors!

Stop by the Newburgh campus library for a display of banned/challenged books! Yes, even in 2021, many books are banned and/or challenged by school districts, parents, libraries, and other groups for various reasons. Check out BannedBooksWeek.org for lists and check out the Banned Books Week YouTube Channel for some short videos. 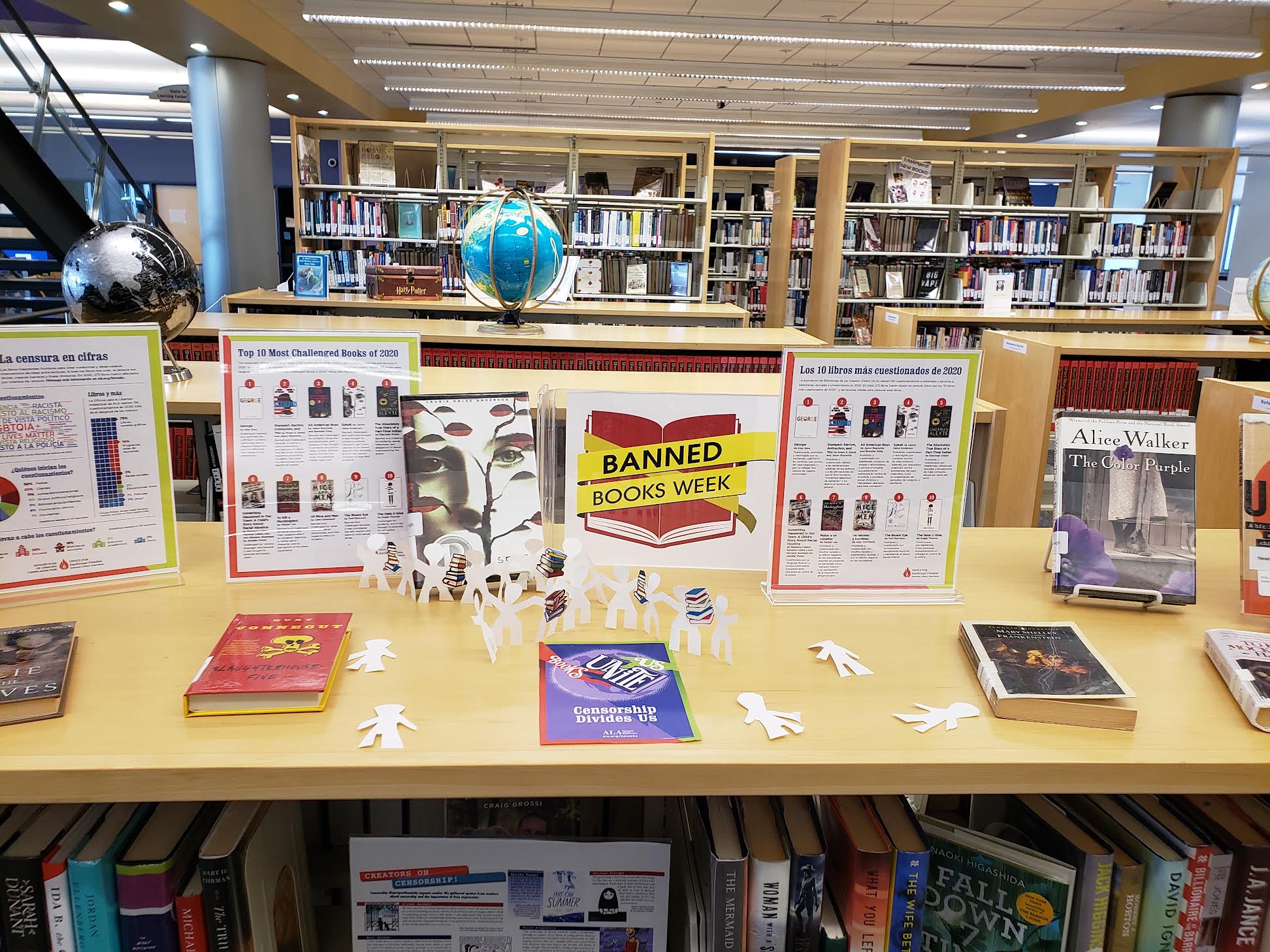 Some books you may recognize that have been challenged frequently since their publication (according to ALA.org):