THE TISSUE LEVEL OF ORGANIZATION

The most primitive animals are multicellular organisms that lack tissues. The lineage of animals which resulted in archaeocyathans and modern sponges was the earliest branch from the family tree of mammals whose descendants survive today. The next evolutionary step for animals was a tissue level of organization. Tissues are collections of cells and cell products that perform a common function. Primitive animals with tissues gave rise to a number of lineages, including those which led to modern cnidarians (a group which includes jellyfish, corals, sea pens, and sea fans).

The following images are of cnidarian tissues:

(Hydra in the first image; sea anenomes in the next two images) 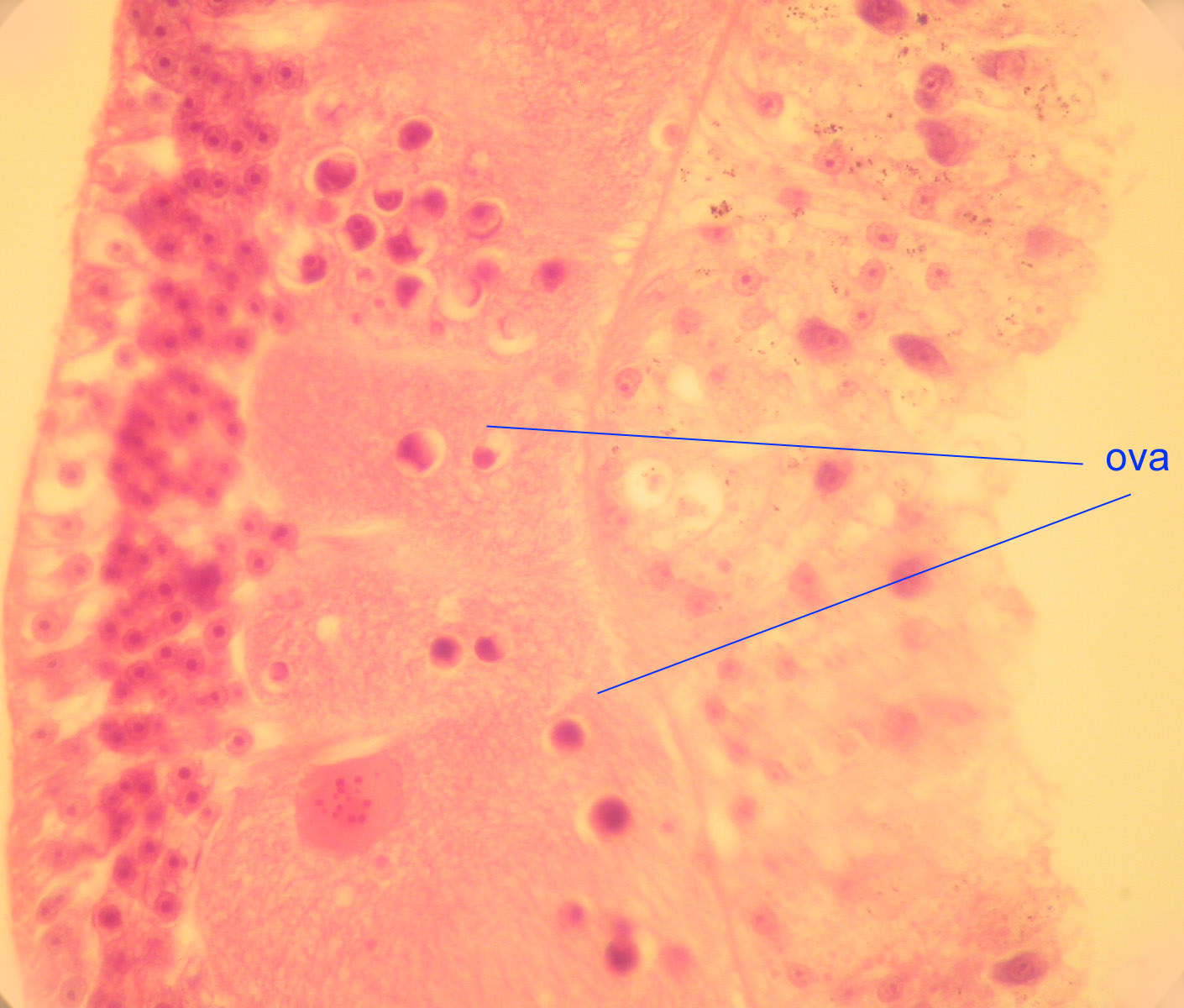 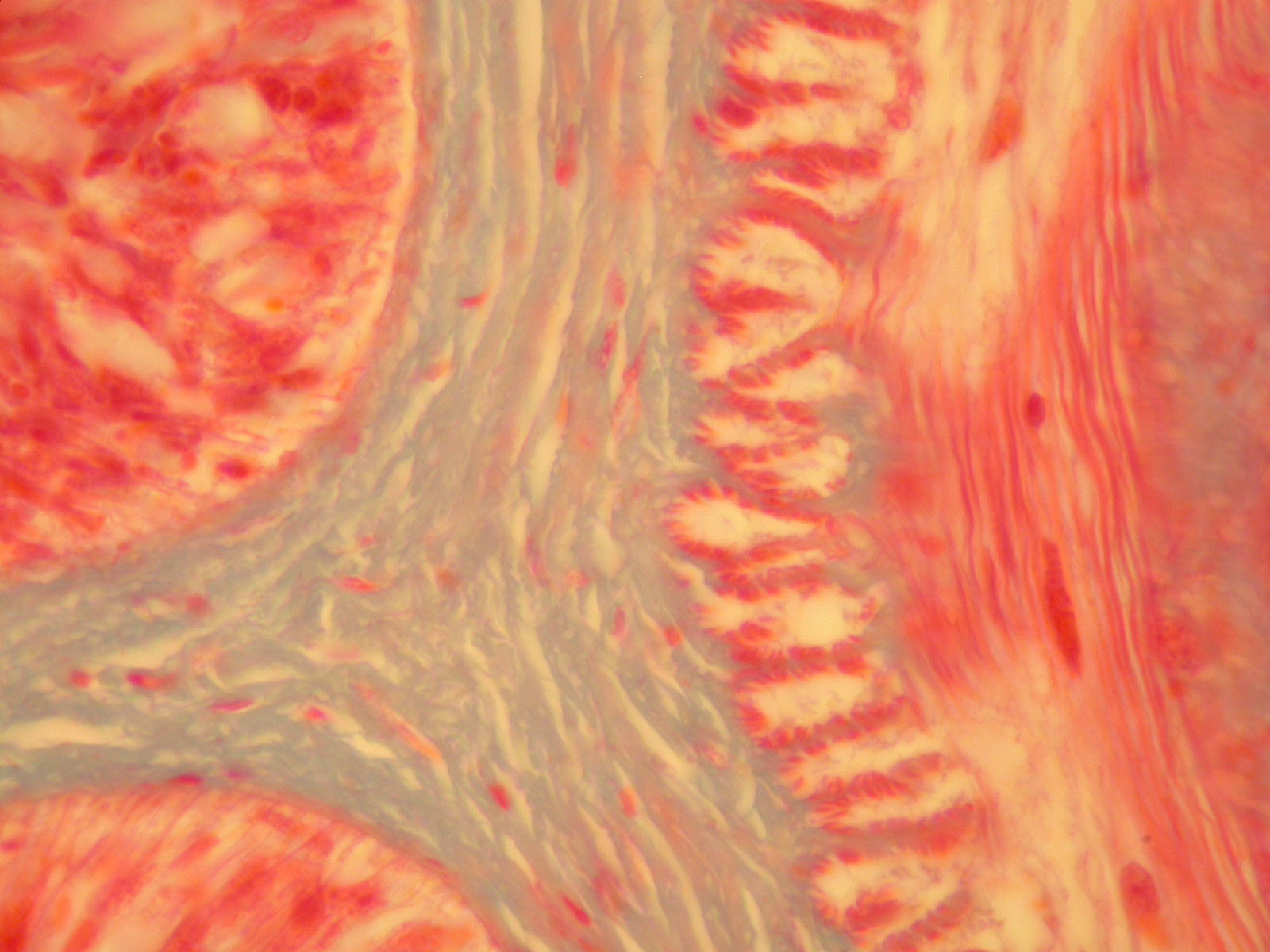 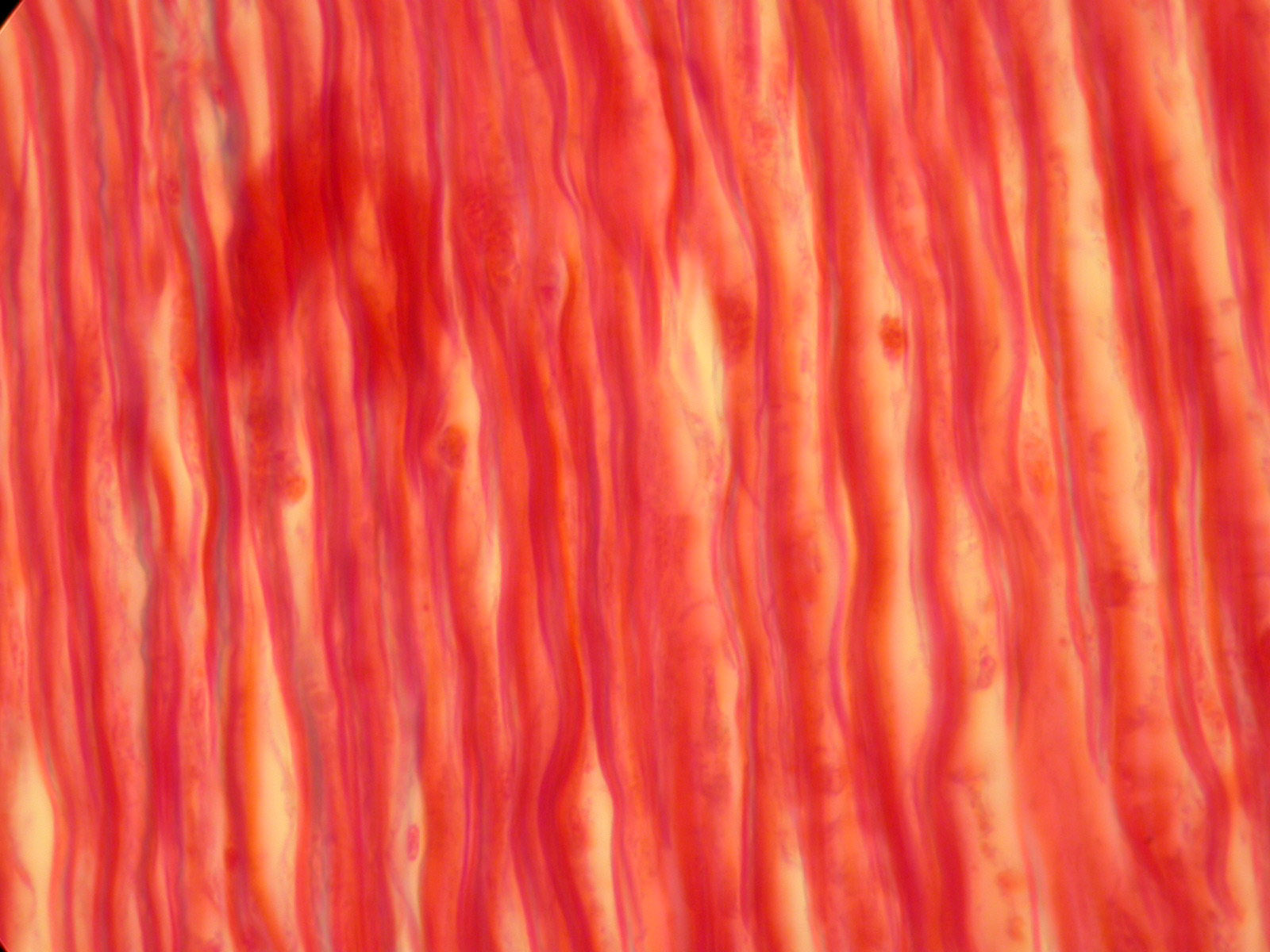 Animals such as jellyfish which achieve only the tissue level of organization also have the primitive condition of radial symmetry: rather than having right and left halves, there is more than one plane of symmetry around a central axis. Organisms with radial symmetry are equally receptive on all sides but have few specialized structures such as eyes (because then they would need them for all sides of their body).

Most cnidarians are marine and all are carnivorous. They have tissues but no organs and their digestive cavity has one opening which serves as both their mouth and anus. Jellyfish and sea fans are known since Ediacaran fauna of the Precambrian but do not fossilize well (given their absence of hard parts) and their fossil record is sparse.

There is some evidence that the comb jellies (Ctenophores) evolved separately from other cnidarians and there have been conflicting reports over which is most closely related to bilaterans. Some ctenophores possess striated muscle in their tentacles (Seipel, 2005).

Corals are more frequently fossilized because they can secrete hard skeletal elements. Coral reefs (which can be enormous--the Great Barrier Reef is 2,000 km long) are the basis for many marine communities. Tabulate corals appear in the Ordovician Period and become extinct at the end of the Permian Period (refer to the photos below which have horizontal lines or tabulae running through them). Although they were an important component of reef communities, they were not the basis of reef communities in the way that modern corals are. Rugose or horn corals appear in the Ordovician and become extinct at the end of the Permian. All of the Paleozoic and early Mesozoic corals lived predominantly in shallow water. Modern corals (scleractinian corals) first appear in the Mid-Triassic and the earliest members were not reefbuilders. Although reefs have long been the basis for marine communities, they have varied greatly over timethe first were composed by the archaeocyathans, then sponges, then tabulate and rugose corals, then finally modern corals (Prothero, 1998; Stanley, 2001; Donovan, 2000b). 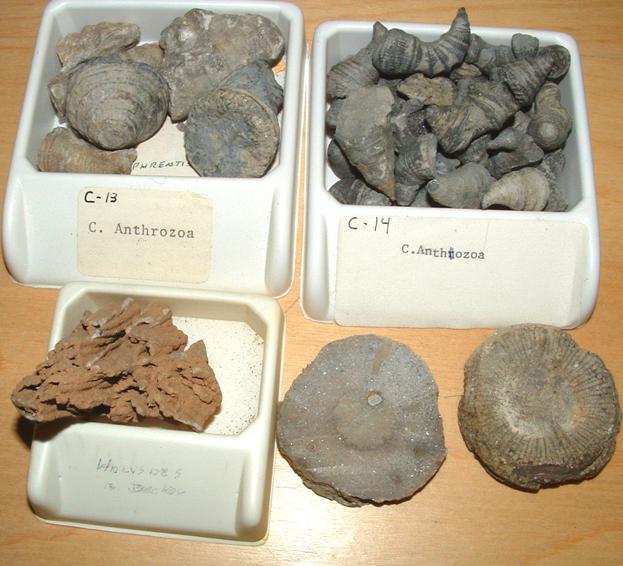 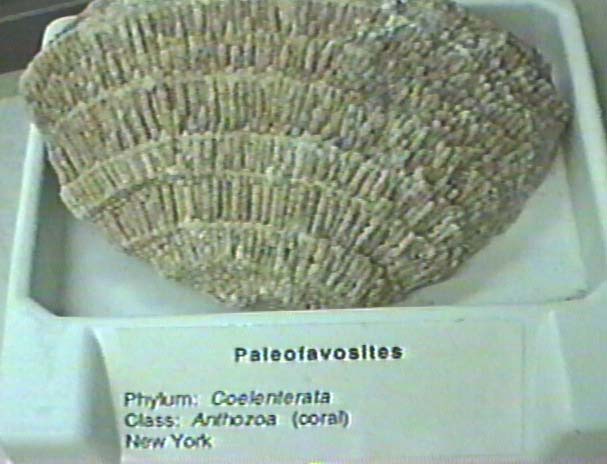 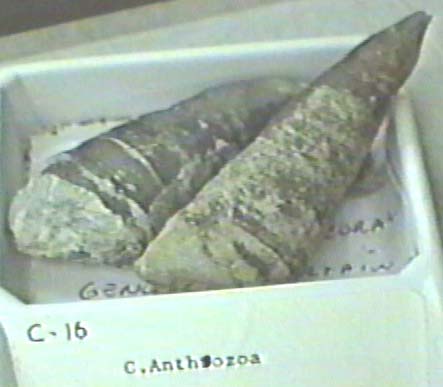 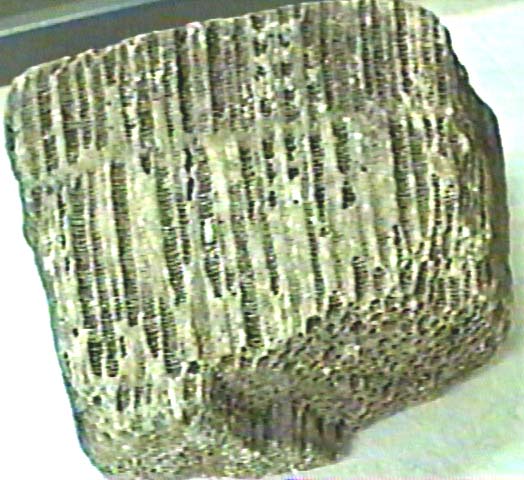 The following are images of modern corals. 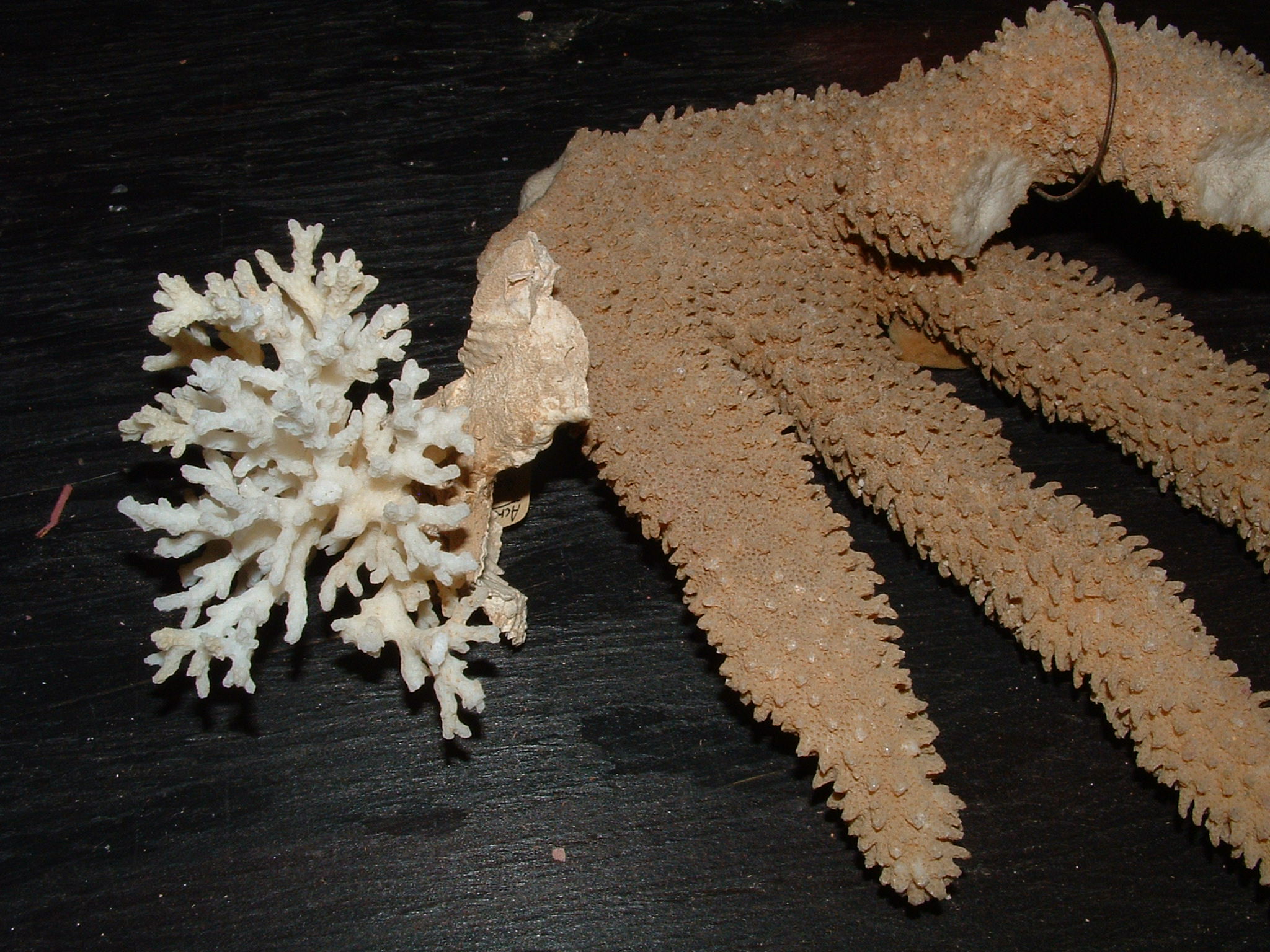 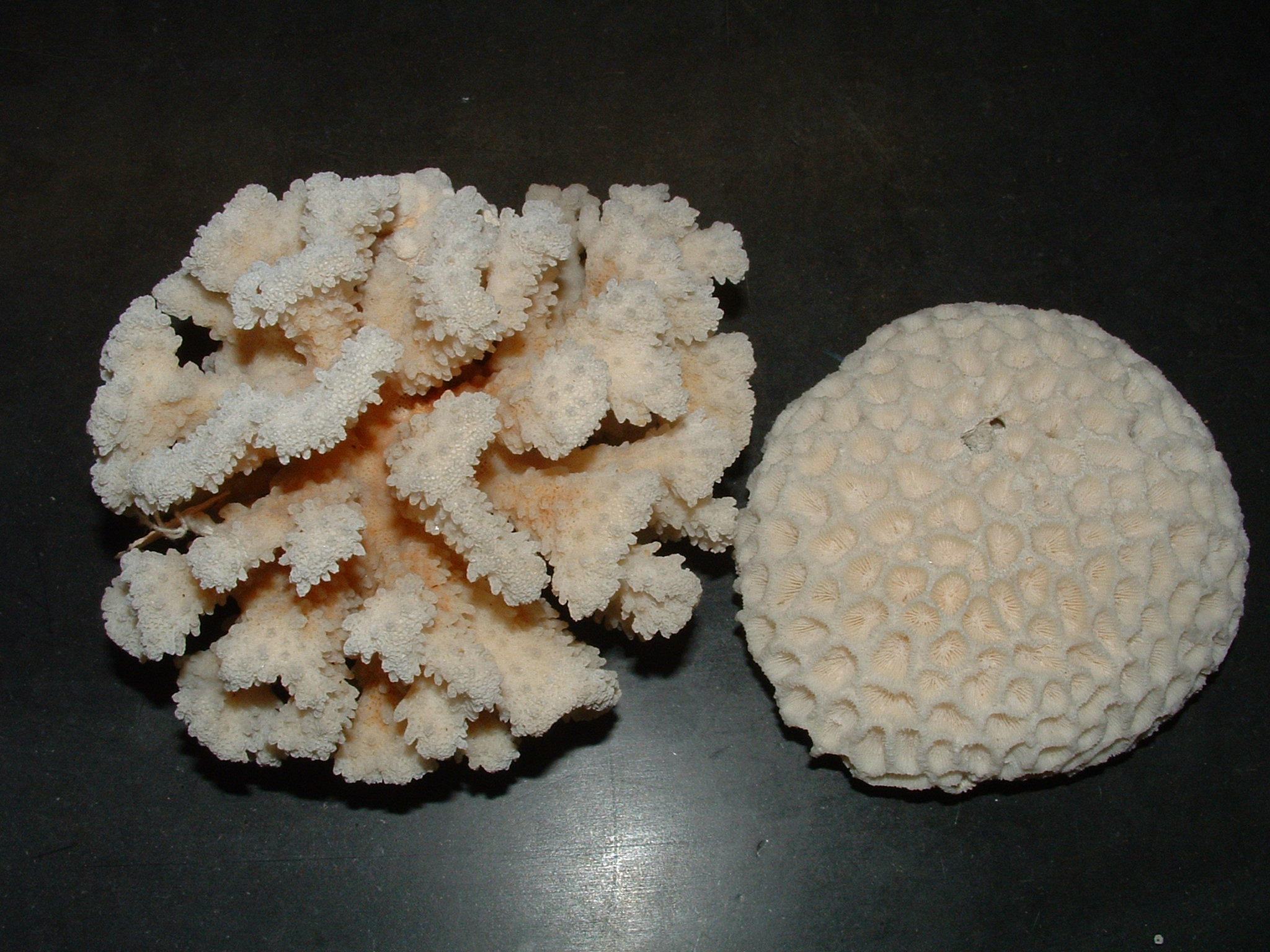 All animals with organs have bilateral symmetry: the only way to divide them into two equal halves is to divide them into right and left halves. Sense organs tend to be located at one end, the end that is usually propelled forward. With sense organs concentrated at the front end of early bilaterans, nervous tissue began to accumulate there to process this sensory input, thus forming a brain.

The word "worm" is used to describe diverse groups of organisms, some of which are less closely related to each other than they are to animals such as ourselves. The most primitive worms, the flatworms, still show evidence of their ancestry from radially symmetrical organisms. The mouth is still located in the center of the organisms (instead of at the head) and there is only one opening to the digestive tract (that is, there is no anus). In the most primitive flatworms, the acoels, the nervous system is little more than a diffuse nerve net, similar to that found in jellyfish.

The following images are from planaria, which are very simple worms:

Many worms are microscopic, as is this roundworm. 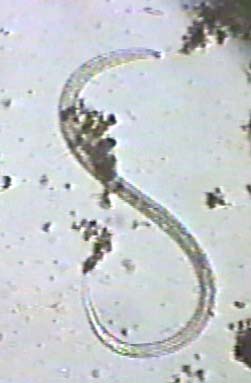 Note the digestive tract which is highly branched to distribute materials throughout the worm (which is useful since planaria lack circulatory systems). 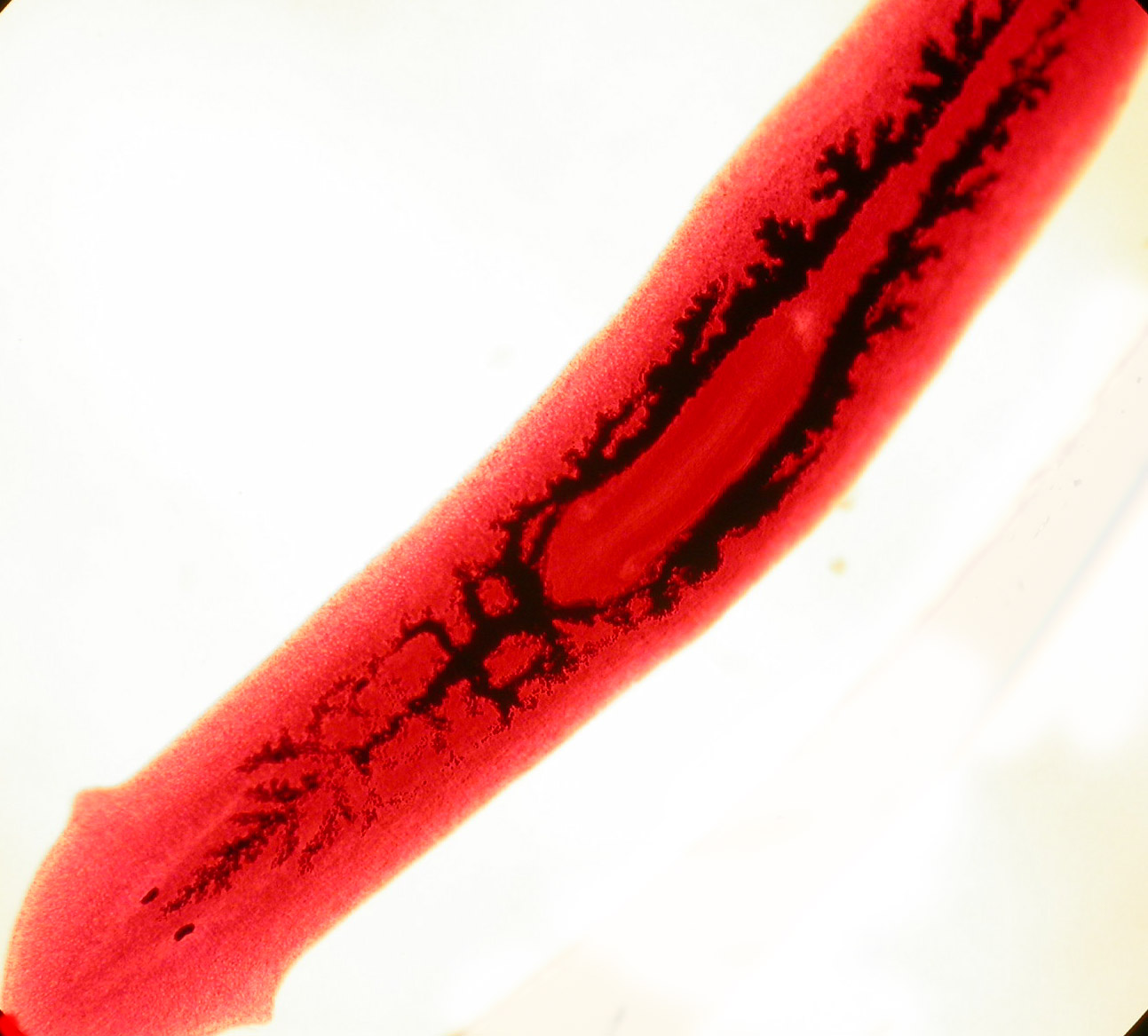