How did life come to exist in its modern forms? Why are animals so well adapted to their environments and lifestyles? 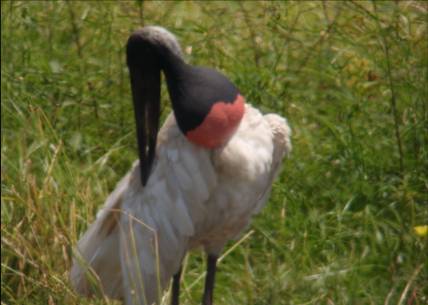 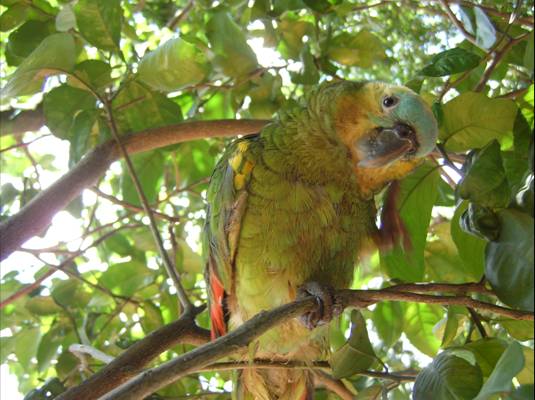 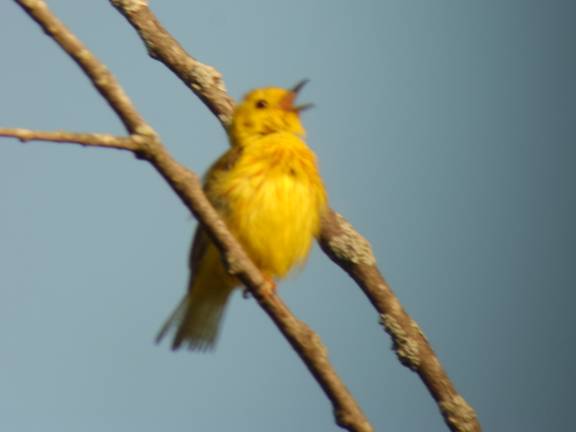 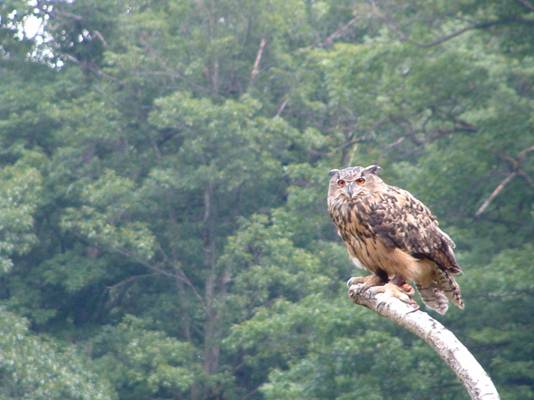 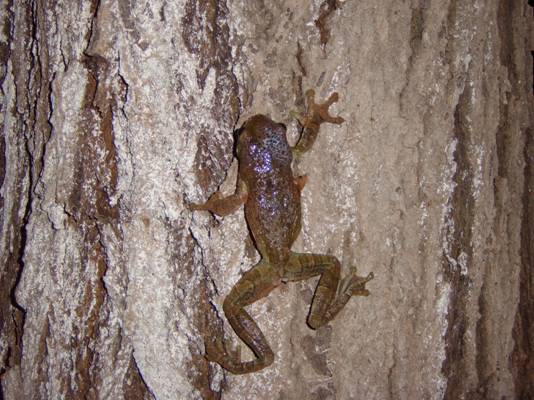 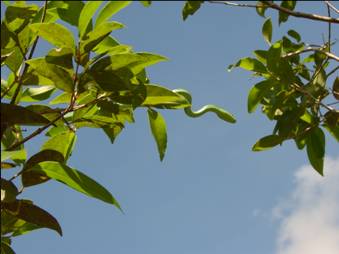 Before Darwin, the most common belief concerning life on earth was that living things first appeared on earth in their present form and that they would remain essentially unchanged until the end of life on earth. There were some biologists who believed that life could change over time but they lacked a mechanism by which this change occurred; some proposed that species "had an inborn drive to perfection", an innate tendency to move toward ever "higher, better" forms. We now know that there is no such innate tendency. Darwin proposed a mechanism whereby change could occur over time in response to environmental conditions and Darwin used the following reasoning:

EVOLUTION STEP 1: FERTILITY IS GREAT BUT RESOURCES CAN BE LIMITED; AS A RESULT ONLY SOME SURVIVE TO REPRODUCE

Species produce more offspring than are needed to replace the adults of the previous generation. The number of spores produced by a single fungus or fern, for example, can number in the thousands. Among invertebrates, it is common for a single female to produce hundreds, if not thousands, of eggs. All the ants, bees, or termites in a colony are the offspring of a single female. If all of the female offspring of a single mother produced their maximum number offspring, populations would literally explode. For example, the number of house flies which could descend from a single pair in just three months could number in the hundreds of thousands of trillions (10 to the twentieth power). 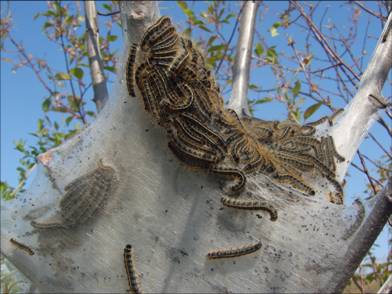 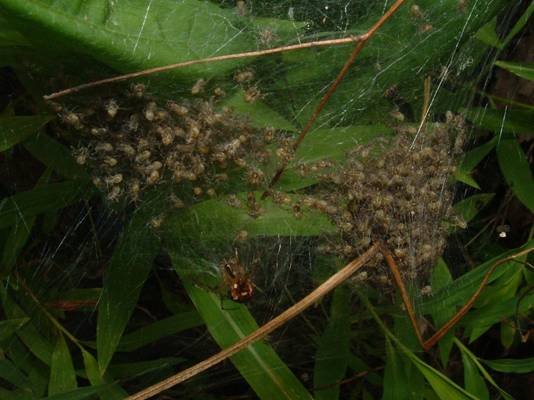 If one could allow a bacterium which divides every 10 minutes to produce its maximum number of offspring, the number of bacteria which would result would be 4,000 after 2 hours, 500,000 after 3 hours, 32 million after 4 hours, 2 billion after 5 hours, 125 billion after 6 hours, 6 trillion after 7 hours, enough to surpass the weight of the earth in 24 hours and more than the number of protons in the universe after 4 days. 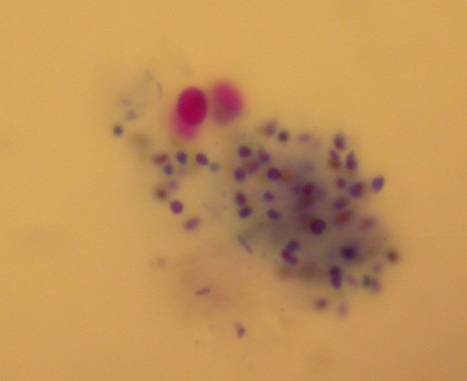 Vertebrates also have an amazing ability to reproduce. The following image depicts all the eggs inside a female lamprey.

Two hundred years ago there were fewer than a billion people on planet earth. Today there are almost 7 billion. If global population continues to double at its current rate of every 40 years, almost 7 trillion would exist in four more centuries about 1,000 people for every person currently alive. 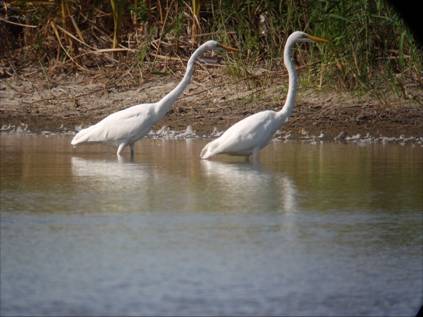 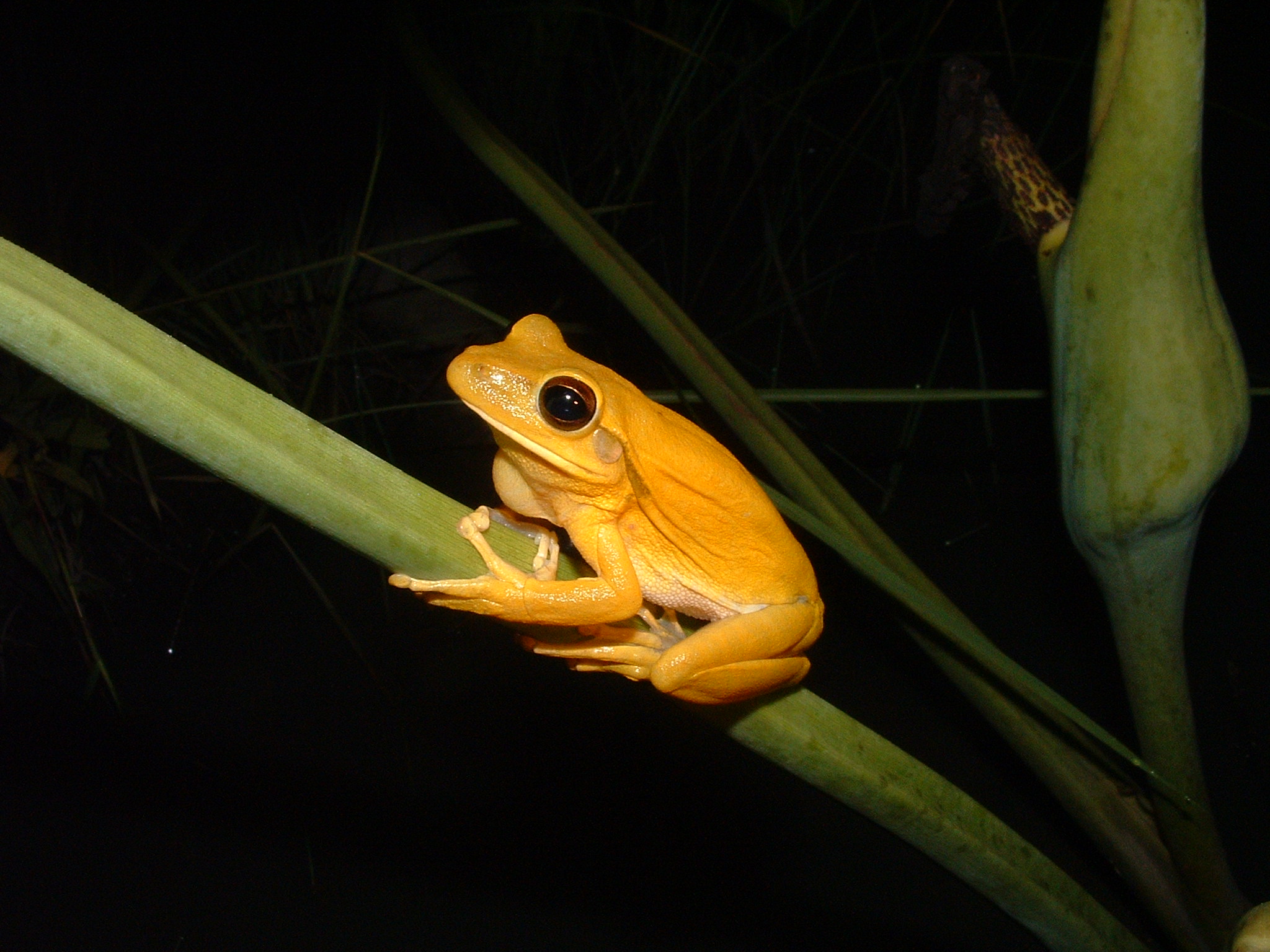 For example, there is not an endless amount of fish for these egrets nor insects for this frog. 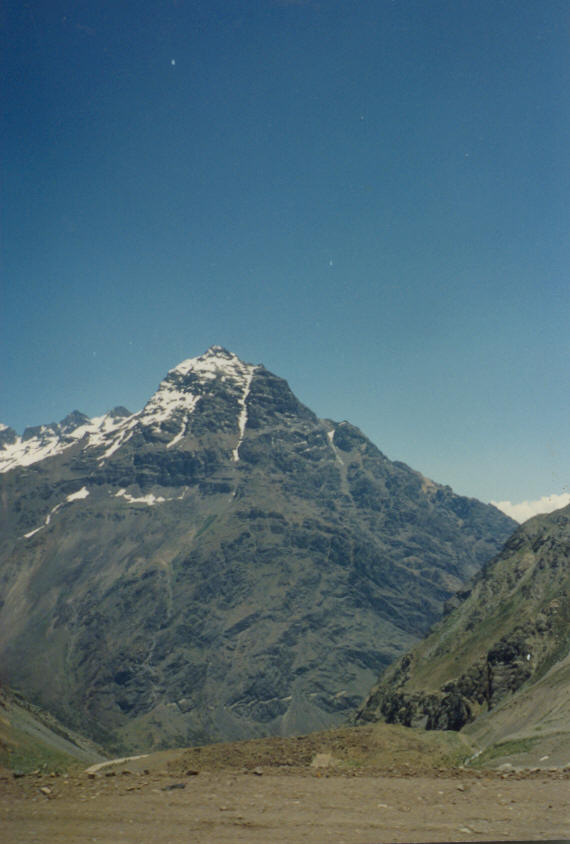 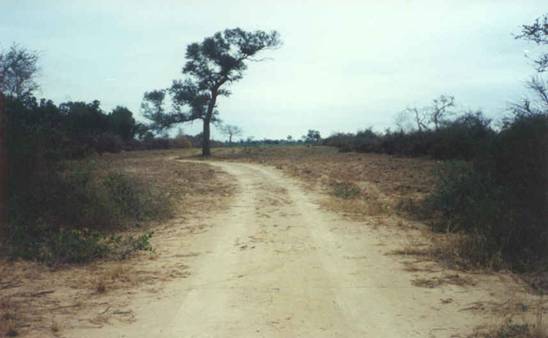 There are places where environmental conditions to not allow plants to grow. There are areas where water is scarce. 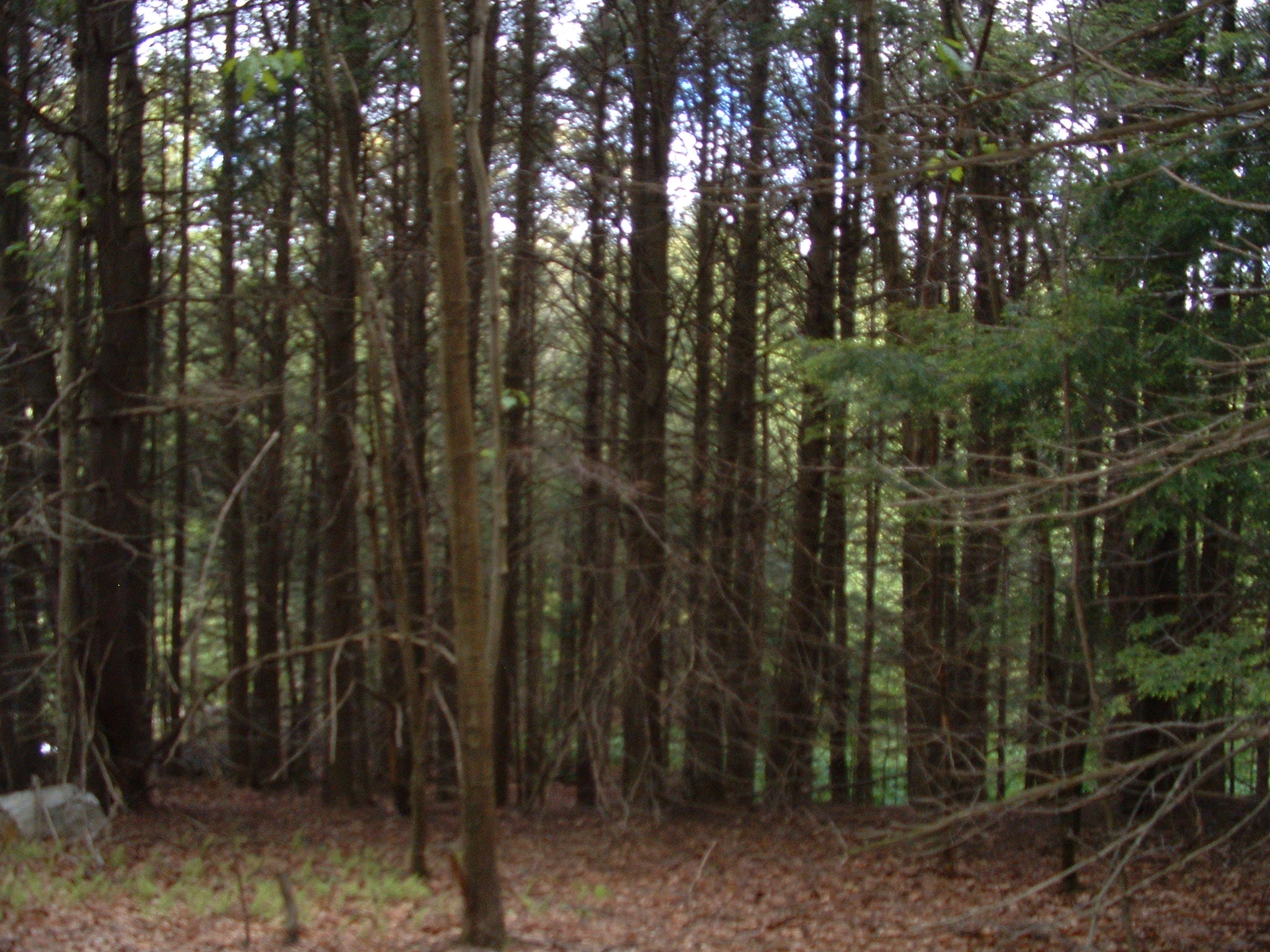 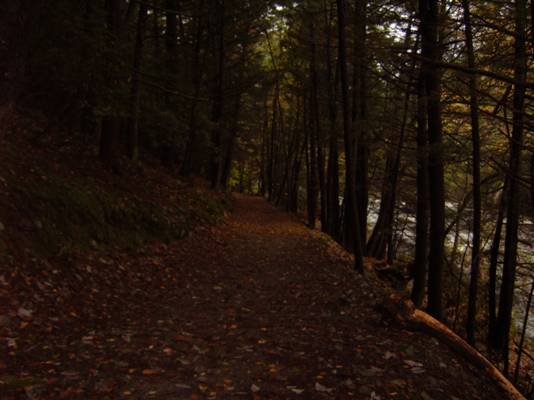 In dense forests, sunlight may not reach the forest floor. 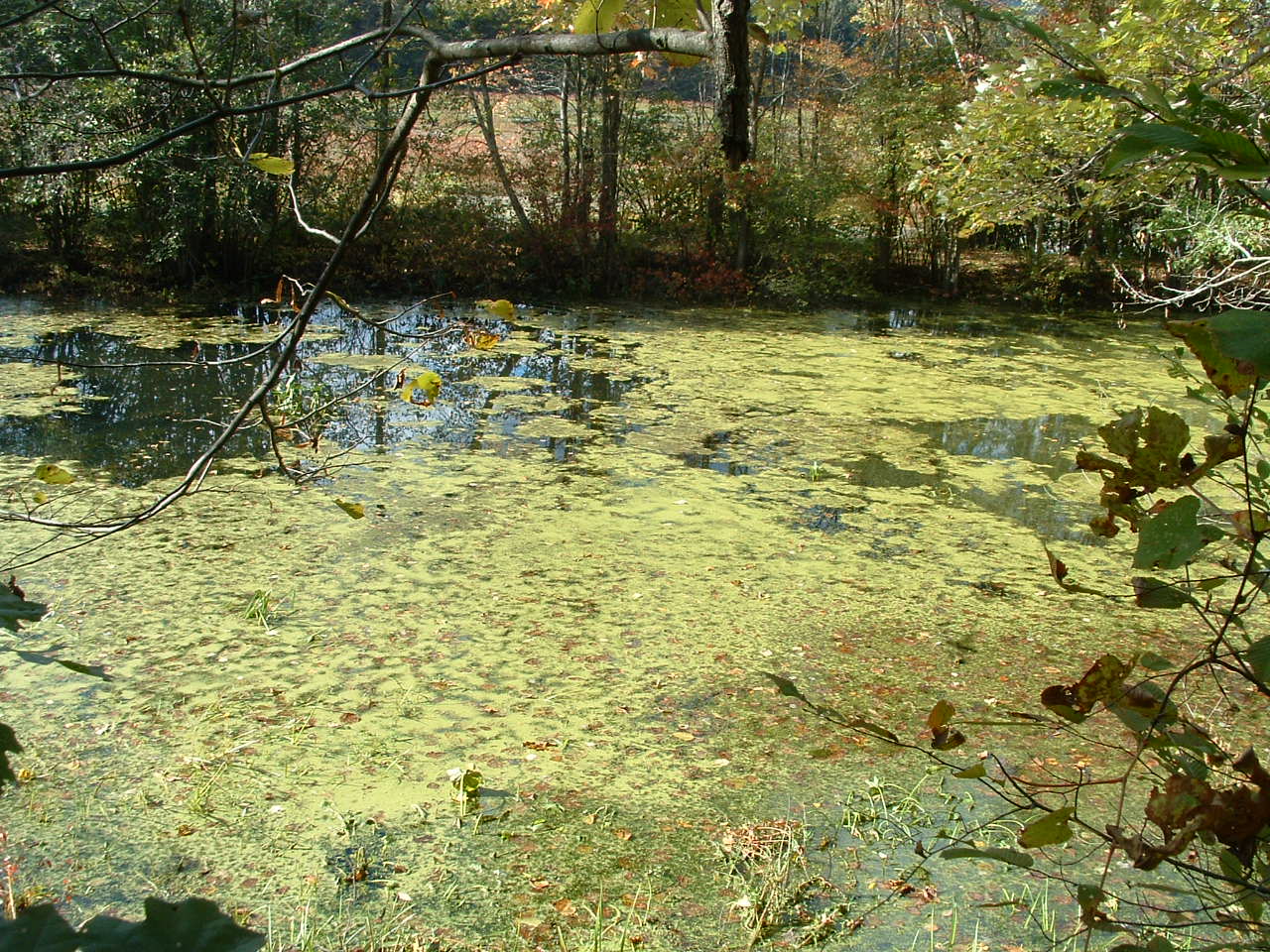 There are stagnant ponds where oxygen in the water is in short supply. 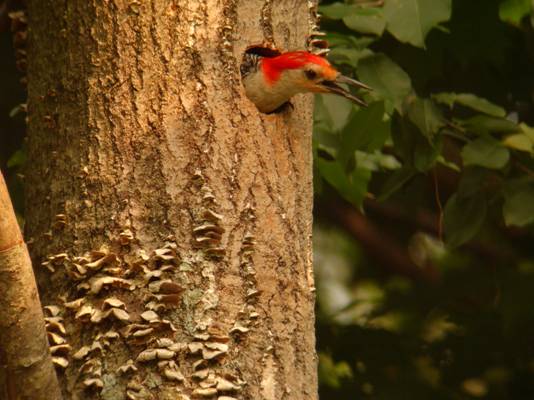 Den sites could be in short supply. 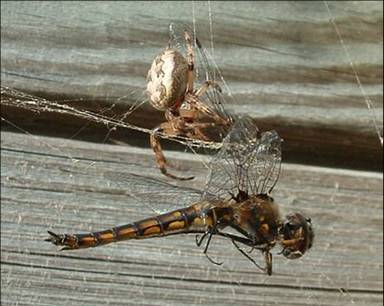 Fact 3: Not all individuals live to reproduce.

As a result of limited environmental resources, not all offspring may survive to reproduce. Some parents may find that none of their offspring survive while others may experience a high survival rate in their offspring. Here is the potential for change: each successive generation will not be identical to the one before it if the offspring of only some parents survive.

The result of the process outlined by Darwin is that there is a natural selection of those individuals most fit to live and reproduce in a certain environment. Any trait that increases an individual's ability to survive or reproduce in a certain environment is called an adaptation. Each species then becomes adapted to a unique set of environmental conditions, its niche. Adaptations can be visible structures (horns, eyes), other physiological mechanisms (immune systems, hormone secretion patterns, "hot/cold blooded"), or even behavior (putting your head in your shell, living in groups, migrating, various methods of attracting mates). Bright coloration can be an adapation for a salamander which produces toxins that discourage predators (so that predators more easily learn to avoid them) while camouflage is a better adapation for other salamanders.

EVOLUTION STEP 2: INDIVIDUALS VARY AND THESE VARIATIONS CAN BE INHERITED 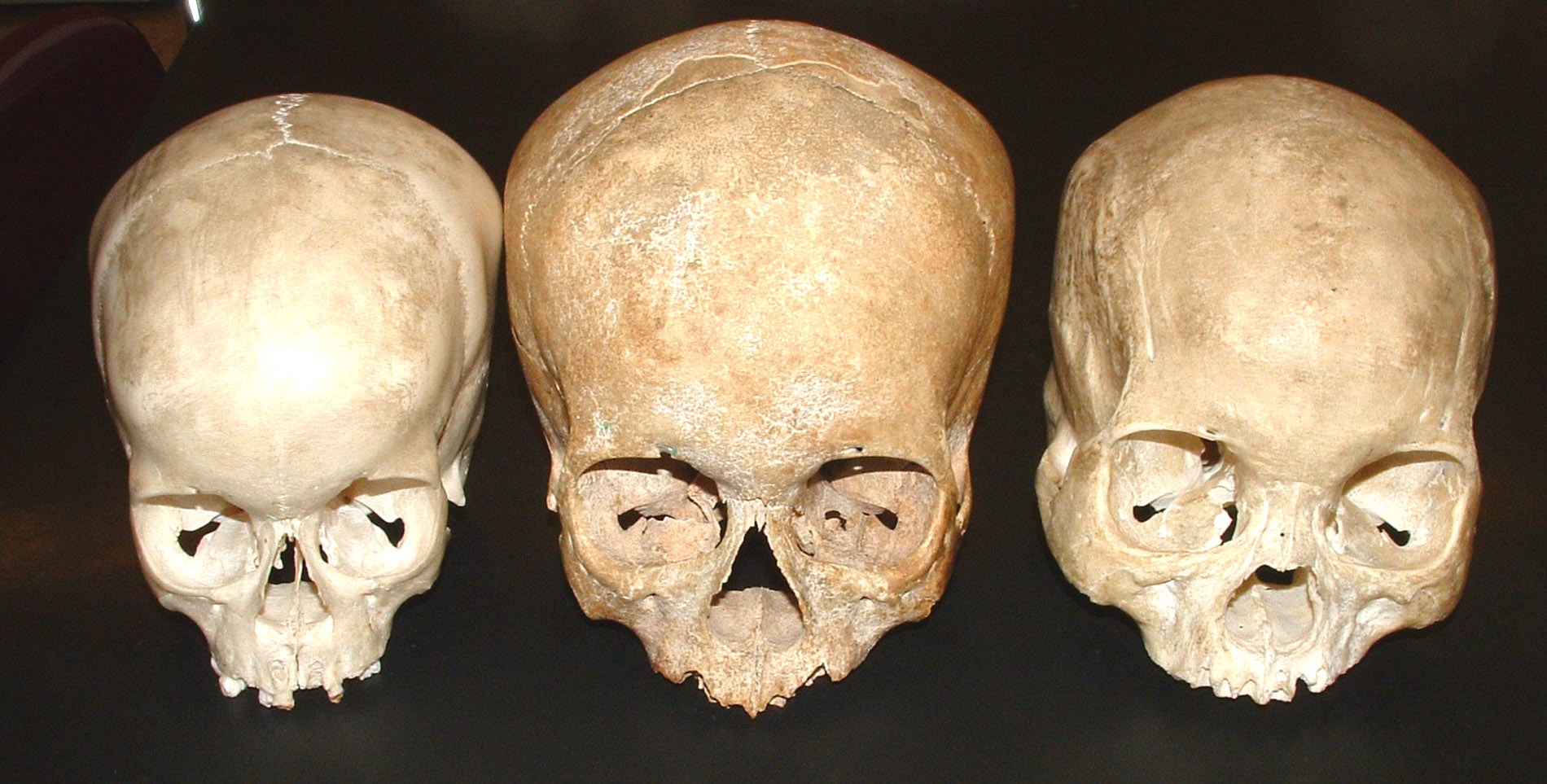 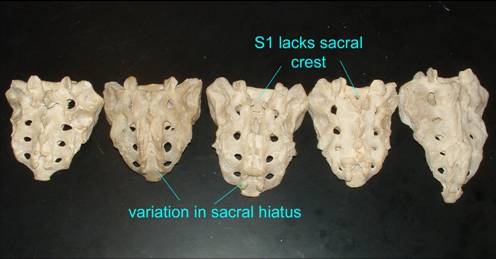 2B) GENETIC CHANGES CONTINUTALLY ARISE AND CAN BE INHERITED

Mutations are so common that every human is a mutant many times over. Sexual reproduction includes several processes (random fusion of gametes, independent assortment of chromosomes during gamete formation, and crossing over of genetic material during gamete formation) which give two people the genetic potential to produce more genetically different children than there have ever been human children.

2C) GENETIC CHANGES CAN BE BENEFICIAL AND CAN INCREASE COMPLEXITY

Beneficial genes in humans include lactase persistence, chemokine receptors variants which reduce HIV infection (and may have been selected for in Europeans as an adaptation against smallpox infection), Duffy negative alleles (whose percentage approaches fixation in central Africa and which offers close to complete protection from vivax malaria). Beneficial mutations are known in many species. Adaptive changes in genes are evident when the genomes of related species (such as Drosophila melanogaster and D. simulans) are compared and amino acid substitutions in specific genes are significantly higher than the number expected under neutral drift. Comparisons of human and chimp genomes reveal regions that have undergone modifications at rates much higher than background rates, indicative of positive selection.

Mutations can increase genetic complexity in addition to modifying existing genes. There are a number of ways in which genomes can change and new information can be added to genomes. These include gene duplication, segmental duplications of chromosomes, exon shuffling, lateral transfer, gene fusion, alternate splicing, and frameshift mutation. All of these have been observed in the human genome. For example, gene duplication can add to the number of photoreceptor genes which contribute to color vision. While most humans have one red and one green opsin gene on their X chromosomes, gene duplications have produced as many as 4 red and 7 green genes in individuals.

The earth is a big place. A great percentage of the modern and past biodiversity seems to have resulted from the geographic isolation of species. Populations on islands are geographically isolated from mainland populations and can adapt to new conditions. Much of the biodiversity of islands (such as Hawaii, the Galapagos, etc.) are endemic, occurring there and nowhere else. Speciation which has occurred on islands includes the great diversity of Hawaiian birds, the lemurs of Madagascar, a quarter of the world's species of Drosophila which diversified on Hawaii, and the marine iguana of the Galapagos. Some island species increased in size such as the giant Galapagos tortoises, a meter long insectivore, or world's largest lizard, the Komodo dragon. Some island species decreased in size such as several lineages of dwarf elephant that lived in the past. Many island species lost the ability to fly such as the diverse species of moas from New Zealand, the elephant bird of Madagascar, the dodo, a large flightless goose existed on New Zealand (Cnemiornis calcitrans), a flightless parrot from New Zealand (the kakapo), and a flightless comorant from the Galapagos. Geographic barriers can separate populations, such as the antelope squirrels on opposite sides of the grand canyon ( Campbell, 2003). 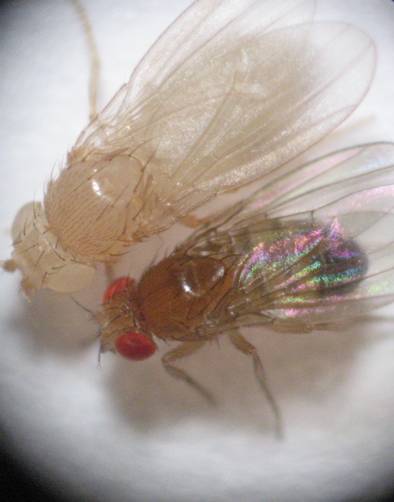 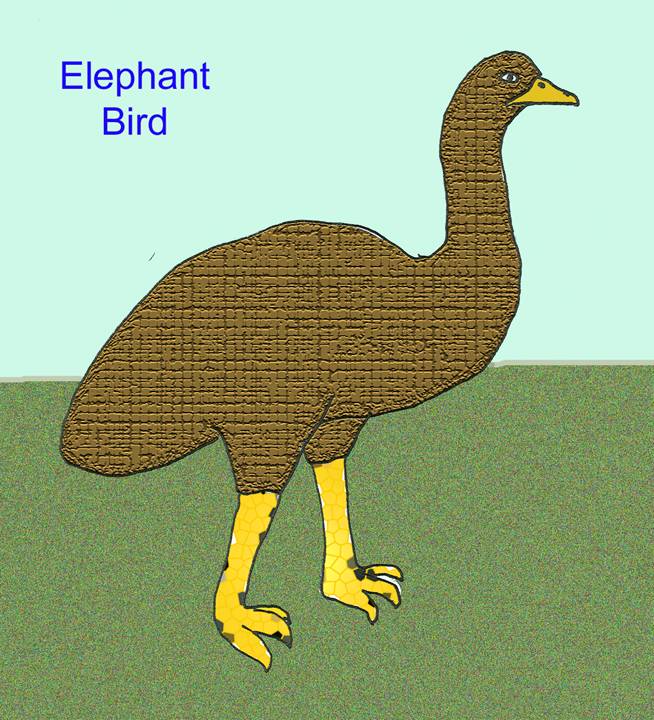 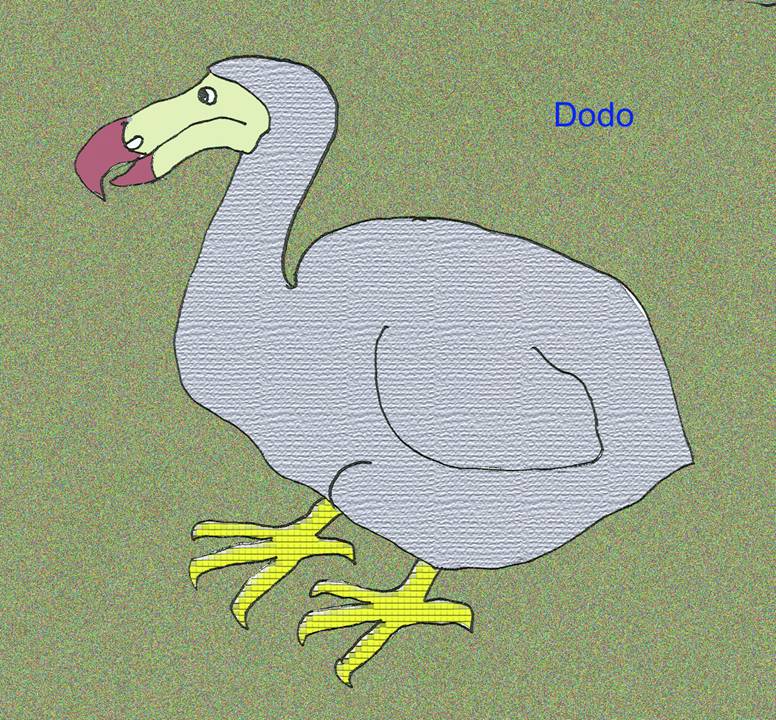 EVOLUTION STEP 4) ISOLATED POPULATIONS ARE LESS ABLE TO REPRODUCE WITH EACH OTHER, EVENTUALLY FORMING DIFFERENT SPECIES

Genetic changes in one group can decrease the likelihood of successful mating with members of a separate group.

A variety of genes have been identified which contribute to the reproductive isolation and speciation of related populations. Genetic analysis indicates that there are often multiple genes capable of killing hybrids or rendering them infertile. (For example there are thought to be 190 such genes acting on D. simulans × melanogaster crosses.) It may be that the reproductive isolation of populations involves a greater number of genes as more time passes (Mallet, 2006). Some, but not all, of the genes which cause male infertility in hybrids affect the motility of sperm (Reed, 2004). 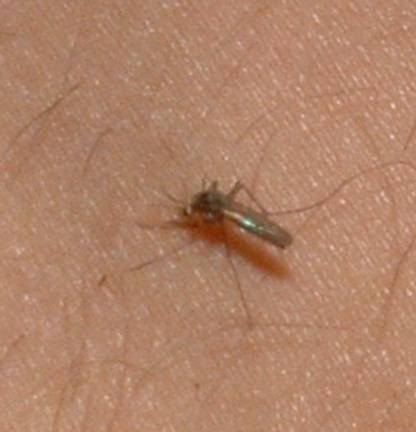 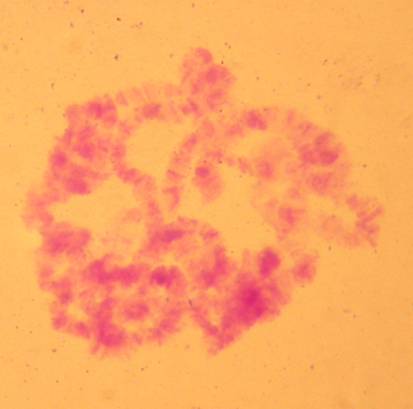 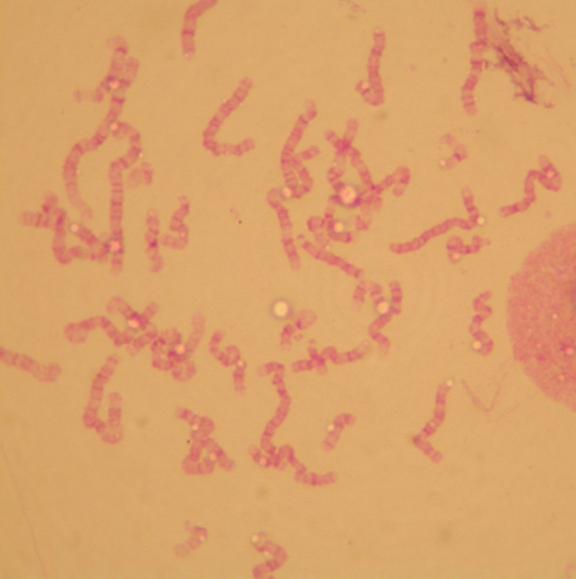 Evolution is occurring all around us. Countless populations are diverging from their relatives. Many of these have already formed subspecies. Many are almost to the point where they are recognized as different species and are called semispecies. Many species are still capable of some degree of reproduction with their related species, forming species complexes. As more time passes, greater degrees of change accumulate between the descendants of a common ancestor. 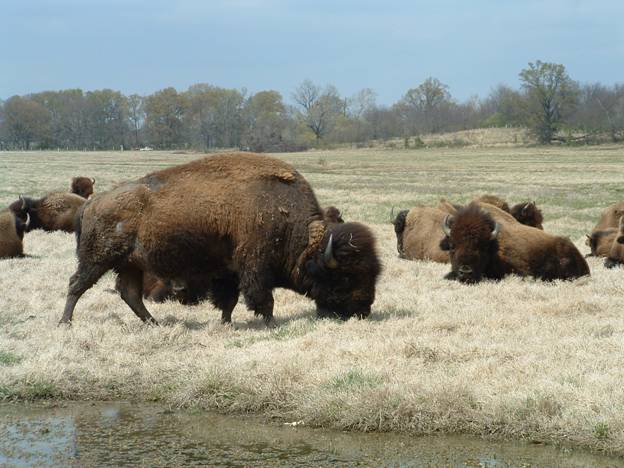 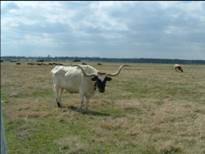